[MUST READ] THE MUSINGS OF MY HEART ON THE 2019 ELECTIONS IN NIGERIA. 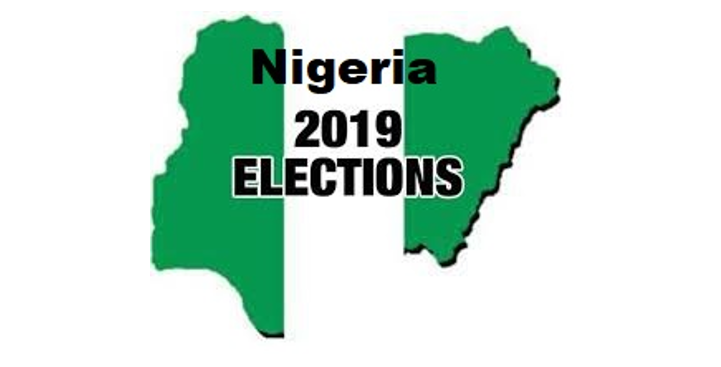 The 2019 elections have come but not gone, because the consequences will linger far longer than most people think or know both for the leaders and the led.
Here is why:
First for those who have the privilege of being in power and used it to order armed soldiers not necessarily for peace keeping but to subvert, disenfranchise, suppress, intimidate and even kill perceived opponents and their supporters, let me remind you that the sword will never depart from your house, but it will continue to kill even after your own miserable exit.

Remember David the man after God’s heart, in like manner he killed Uriah and married his widow, God told him in spite of His love for him(David) that this sword will not depart from his house (2Sam 12:9-12). Check it out, they had the throne alright but the children of David became their own worst enemies they continued killing themselves, so it will be for you…

Then those of you soldiers who were sent, you knew the intentions of your masters; but let me accept that you’re under authority and must obey, all well and good, but must you shoot to kill when you know that these are unarmed civilians and not enemy soldiers or Boko haram or killer herdsmen. Just one question for you, if the young man on target were your son in the exact same circumstance will you shoot to kill, if that female youth corner were your niece would you have killed her? If not go find out how Joab David’s army general who organized the execution of Uriah ended up. You therefore have no excuse, you have blood on your hands and no detergent can wash it out.

To the electorate who receive petty cash on or before Election Day of N500,N1000, N2000, N5000 or more to vote against your conscience so that the wicked and mindless will continue in their inept and cruel tyranny, I pity you the most and make no mistakes about it you have mortgaged your soul and don’t give me the crap of hunger because it doesn’t make sense at all! I have this to say to you: the mother hen who because of one day’s hunger voted for the hawk, should know that she has perpetually sold her chicks and unborn generations to the hawk for food for life and has no right to complain thereafter. In Nigeria the poor are their own worst enemy!

As for some civil servants, INEC staff and ad hoc staff who collect larger sums to connive with wicked politicians and inept political office seekers against the real votes of the people. I ask you, is time to receive cash, houses and lands while our nation and states are decaying without remedy? You have all received the wages of iniquity and the leprosy of the house of Naaman will surely cling to you like it clung to Gehazi the servant of Elisha who secretly went to receive the wages of iniquity from Naaman falsely (2kings5:21-27).

As for some supposed men of God who also collected monies from politicians and even prophesied for them. It is so so unfortunate for as the Bible says of what use is a priest who puts no difference between the holy and the profane, who does not know the difference between the clean and unclean? (Ezk 22: 26-28)You have become ministers of corrupt politicians and definitely not ministers of God. Prophets of Baal and prophets of the groove you are indeed( 1Kings18:40). Your shame and condemnation knows no limit, because if others say they don’t know, what of you who are supposed to be teachers and example? Your judgement will come in multiples.

Evil, wickedness and injustice knows no ethnic group or religion and those who tacitly support it one way or the other will reap the fruits someday, same for the chief protagonists and the indifferent bystanders.
As for those who with a clean heart have either campaigned, or not campaigned, who belong to a political party or do not belong but are honest and simple citizens who cast their votes in a civil and decent manner, do not worry, God got your backs, even if the votes didn’t count, you have done your part and God will always make a way for all of us. The triumph of evil over good is only momentary.