AIT @8pm news just confirmed the arrest of Mr Gracious David West. They reported that he confessed to have killed 5 girls in Rivers State and 7 in Owerri due to hypnosis from his village people. 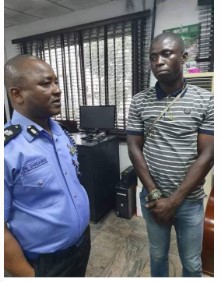 The house also resolved to set up an Ad-hoc committee that to liaise with relevant agencies to appraise the extent to which the crime is being combated.

The motion read in part’s ‘ that if nothing is done to check and scrutinize the security architecture of hotels in the state, the ugly trend may likely plunge the state another circle of new security challenge, thereby undermining the efforts and gains already made by the state government in the fight against insecurity’

When put into vote, 20 lawmakers present voted in favor of the motion

MY WIFE’S UNCLE SHOT ME BECAUSE I ...

Meet Up with your No1 Digital Business ...