MY WIFE’S UNCLE SHOT ME BECAUSE I WAS WOOING HER WHEN I HAD NOTHING, BUT SHE LATER HELPED TO BUILD THE COSCHARIS GROUP.

She has been very helpful and instrumental in my success. The time I married her, I was really a strong, young man fighting to survive. I had just parted ways with my brother. I ventured into importation and the first consignment went wrong and I lost my capital.

But, I am a very determined individual. I believe in dignity in labour. For instance, somebody who came to our wedding gave us a weighing scale. One day, things got so hard that I took it to the market and got people to weigh themselves for a fee. I was collecting 10 Kobo from each customer. I came back with some money and my wife wanted to know what I did, and I told her. She cried like a little baby. Later, to support me, she dusted her certificate and got a job where they were paying her N85. She would bring the money every month to keep us going and we did that until things got better again for me. So, she was my first employee. When you see the name Coscharis, it means Cosmas and Charity combined. So we own the company together because we built it together. She married me when I was driving a motorbike. She came to me when I had nothing. So, whatever I make today, she is my first employee and whenever I went to Japan, she stayed in the shop. 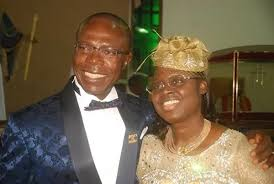 Those days when things were hard for us, I used to ask her to give me a list whenever it was time to give her money to cook soup. I never gave her money without seeing her list. When she returned the week after for money for another soup, I would say ‘write another list.’ Then, I would bring out the former list to compare with the new one. And, if I saw a bottle of oil, I would ask, ‘you bought oil last week, why are you writing oil again?’ Then she would ask me if oil had become Coca-cola that she could drink. That was the level of poverty and training. But she had learnt from all of those things, and today she can sign a cheque of N10 billion and her credit card has no limit. 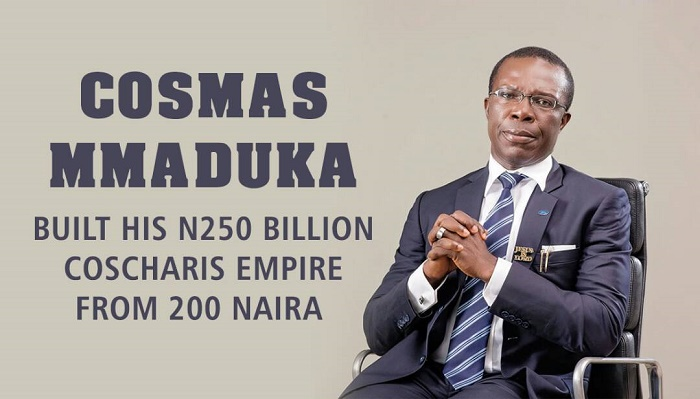