Some members of the Indigenous People of Biafra (IPOB) on Tuesday, stormed the residence of the Nigerian Ambassador to Japan with some Japanese police officers as they seek to arrest President Buhari. President Buhari is believed to be residing at the Ambassador’s residence during his time in the Asian Country. 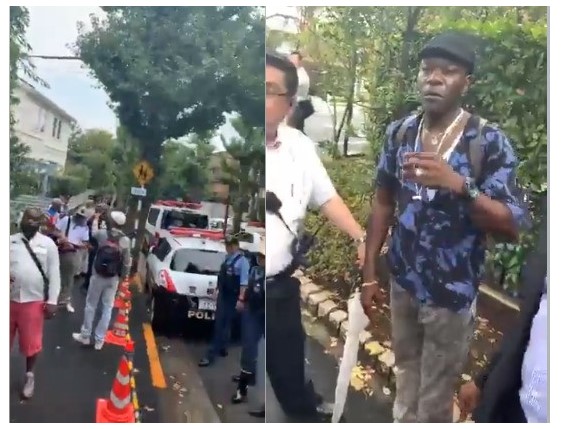 In a video which was posted on Linda Ikeji’s Blog Instagram channel, some members of the group claimed that the man in the residence of the Ambassador was not President Buhari.

They also said they were there with a doctor to carry out a DNA test on the President to determine if he was Jubril from Sudan or not.

They said that if the test was successfully carried out and it was discovered that the man in the residence is not President Buhari, he will be handed over to the police for Prosecution.

Attention to Alatia people and a rethink ...