Suspected armed cultists, in what seemed like a door-to-door attack, have reportedly killed 15 people in Agip/Mgboshimini area of Port Harcourt, the Rivers state capital. Their motive for the deadly attack is yet to be ascertained. Reports gathered revealed that those killed by the gunmen include both indigens and non-indigenes, a nursing mother, a husband and his wife among others. The incident, which happened at about 4:00 a.m, caused panic in the community as residents scampered for safety. Mr Nnamdi Omoni, the police public relations officer in the state, who confirmed the incident said that the gunmen stormed a slaughter market in the community in the wee hours of the morning and opened fire on persons most of whom were market women. The traders were said to have slept over at the market to enable them to rise up early for the day’s business. He said the motive for the killings is not clear yet adding that some of those killed may not have been the target of the gunmen. Rivers State Omoni also assured that the police will do everything possible to get the perpetrators. Gory pictures from Agip/Mgboshimini shows corpses littered all over the area with some bodies burnt and others severed with bullets and machete cuts. Several detachments of Police are presently in the area. 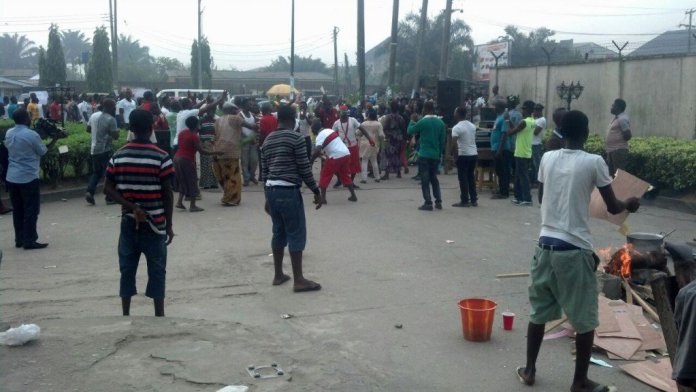