Following spates of theft and burglary, a man caught Sunday while allegedly trying to break into an apartment in Sapele, Delta state was brutally beaten by irate residents, after which a tyre was thrown around his neck.

According to Sapele Olofolofo, the suspect, one of a two-man robbery gang who invaded a part of Ogashi Road, Okirighwre by Town Gate Hotel Sapele was caught around 10 a.m.

“The two armed robbers were trying to break into the apartment of a lady unknown to them that the occupants are yet to leave home for Sunday service.
.
“Trouble started when the woman who occupied the apartment screamed, her scream was said to have attracted passersby and vigilante members who immediately stormed the building.
.
“One of the armed robbers was caught instantly while the other is currently at large. As at the time of filing this report the one who was caught has started fielding the vigilante men with information on how to get the other escapee” 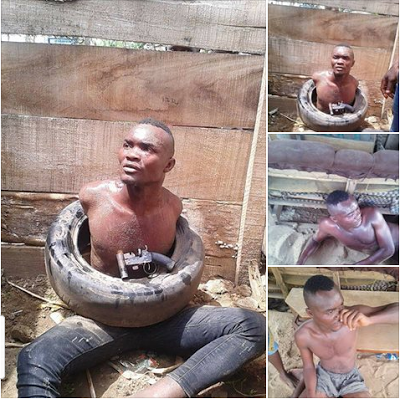 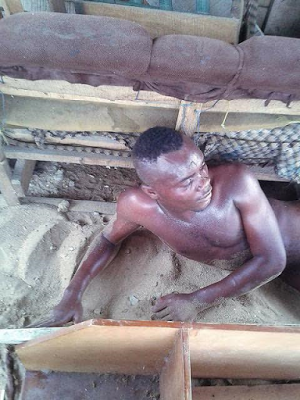 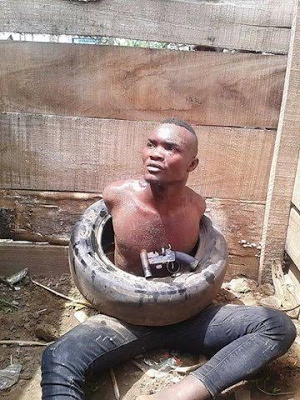