NDLEA Intercepts N4bn Worth of Drugs at Lagos Airport 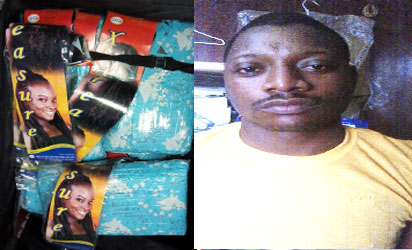 Ahmadu Garba, the NDLEA Commandant at the airport gave the names of the suspects as a 42-year-old Unegbu Daniel Chukwu from Anambra State, 28-year-old Ettah Joseph from Cross Rivers State and a 31-year-old Wopara Bright from Rivers State. 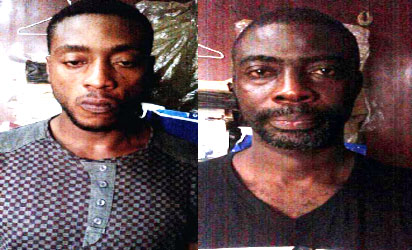 “Officials of the NDLEA at the departure hall of MMIA detected a bag and during search it was found to contain substances that tested positive for ephedrine with a total weight of 83.390kgs.

The parcels of ephedrine were concealed amidst artificial hair. Three suspects were apprehended and are being interrogated to determine their level of culpability.

On the ephedrine seizure, preliminary investigation revealed that Unegbu Daniel, who works as a clearing agent, collected the luggage from his client and took it to the airport. Two luggage handlers, who allegedly worked with him, are Ettah Joseph and Wopara Bright.

The cases are under investigation to uncover the drug cartel that is behind the illegal shipment of the narcotic drugs,” the statement said

A Very Special Happy birthday to the ...

Congratulatory message to the people of Asari ...