EXPOSED: Plot To ‘Get Rid Of Tinubu And Make Shettima President’ 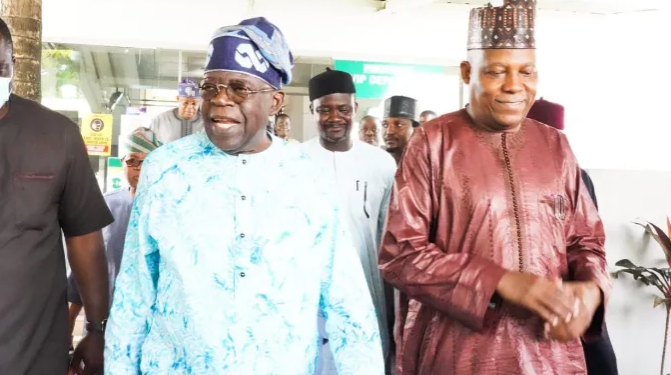 Tokunbo Awolowo-Dosunmu, the daughter of Nigerian nationalist and statesman, Obafemi Awolowo has alleged of plot to get rid of Bola Tinubu, the All Progressives Congress (APC) presidential candidate, if he wins the 2023 election.She alleged that there was a plot to get rid of Tinubu and install his running mate, Kashim Shettima as president.

Awolowo-Dosunmu claimed that the plot may be perfected immediately after the 2023 swearing-in.

She said those behind the plot would take advantage of Tinubu’s medical condition.

Awolowo-Dosunmu appealed to Yorubas to stop being sentimental and tribalist about the three major candidates contesting for the office of the presidency.Speaking to news men in Lagos she said: “They are plotting against Tinubu; Yorubas should wake up. They are aware of Tinubu’s medical condition.

“All they are planning is, immediately after handing over and swearing-in, they are going to get rid of Tinubu and Sheetima will be your next president if you are not careful.

“Yorubas have to wake up and not allow emotions to lead us.”