WHAT GARBA SHEHU AND OTHER ENEMIES OF NIGERIA MUST KNOW 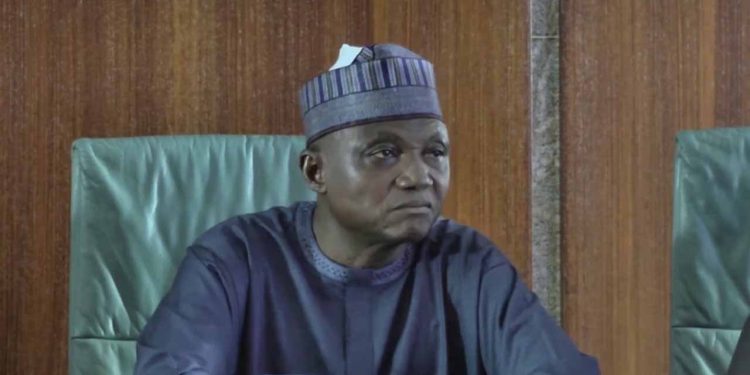 We read media reports credited to Garba Shehu, Senior Special Assistant to the President on media and publicity giving timelines on when grazing reserves will commence full operations in Nigeria.

It never came to us as a shock having listened to the Minister of Justice Abubakar Malami’s submission on Channels television the other day condemning the endorsement of ranching by Southern Governors, equating even the spare parts business with open grazing in such a bizarre manner that got most Nigerians furious. We are not surprised because we in Benue through our visionary Governor Samuel Ortom saw this evil agenda a long time ago and raised alarm. Unfortunately, the rest of the country appeared at that time not to bother. Many thought that Benue was only dramatizing the killings. But sooner than later, the killings got to the doorsteps of those who castigated Gov Ortom and other Benue people.

Time is fast running out on the persons who want to use the machinery of Federal Government to actualize an ethic agenda and annex lands in all states of this country for Fulani people. Architects of this agenda can’t wait anymore. It is now or never for them; that’s why Nigerians would notice that the aggression in their tone when demanding and moving to take Nigerian lands for Fulani of the whole world has risen to a higher pitch. They want Nigeria to become another Rwanda or Somalia where to be alive is the survival of the strongest. They have put Nigeria on the slaughter’s slab. They don’t care if the country breaks. In fact, they want it into pieces already. They have marked vast lands they will occupy after the ruins of war.

Garba Shehu only voiced out the well planned and coordinated agenda of land occupation that is been orchestrated from the Presidency. The plan is to press for grazing reserves inspite of the endorsement of ranching by most Nigerians.

One lesson Garba Shehu and cohorts will soon learn is that their agenda is a very dangerous route and an exercise in futility. Nigerians are ready to negotiate the unity of this country without bloodshed and such negotiation will not be tied to the apron strings of jihadists. The unity of this country is paramount to most Nigerians but not subject to any devil’s philosophy in the form of grazing reserves.

The opinion of the Presidency about ranching only represents the mindset of its current occupants and the nepotist agenda we have witnessed since 2015 which does not qualify Nigerians from other ethnic groups to occupy top positions in the country. Middle Belters and Southerners who occupied top positions before Buhari became President have all been replaced by people with Fulani blood.

But here is a man who went to each state of the country begging for votes ahead of the 2015 polls. He promised Nigerians heaven on earth. Buhari promised to lead from the front; to unite the country and motivate our military to defeat Boko Haram and other terrorists. He has fulfilled none of those promises except the one he didn’t promise publicly – land grabbing. Today, insecurity has taken an all time high with Fulani herders killing more Nigerians than Boko Haram.

It is amazing how the Presidency will choose to upturn the decision of the National Economic Council, Northern Governors Forum, Southern Governors Forum and many other patriotic stakeholders just to please a microscopic minority. No one is a second class citizen in this country, and we have constitutional right to protection.

It has become obvious that the motive of the Presidency led by likes of Garba Shehu and his cohorts is anchored on the conquest agenda been pursued by the Fulani people to grab land for their cows. In order to carry the occupation plot smoothly, they have variously brought programmes like RUGA, Cattle Colony,National Livestock Transformation Plan and now Grazing Reserves. This explains the unwarranted provocation our people most times face by the aggressors.

We in Benue have the Open Grazing Prohibition and Ranches Establishment Law 2017 that successfully regulates the activities of both herders and farmers. Any Nigerian intending to rear livestock in Benue State will have to do so by ranching their animals.

We stand solidly behind our Governor that there is no land in Benue for grazing reserves and we urge all Nigerians to ignore the unpopular call by the Presidency and to stick to the ranching initiative they have endorsed. The power of the people is supreme and our decision on ranching stands. This is democracy anchored on constitutional laws and no longer military decrees!

We call on all patriotic stakeholders of this nation to caution the Presidency not to go against the wishes of majority of Nigerians. President Buhari was elected to serve the entire country not only the interest of Fulani people.

The international community should intervene in this issue as fast as it can because the barefaced provocation of the Nigerian people is capable of leading to anarchy.

Lastly, we wish to remind Garba Shehu and other enemies of Nigeria that posterity is the judge. They should remember the evergreen words of the late renowned journalist Dele Giwa when he said in 1984 that:
“No evil deed can go unpunished. Any evil done by man to man will be redressed, if not now, then certainly later, if not by man, then certainly by God, for the victory of evil over good can only be temporary.”