Our God is bigger than your Cattle agenda- Ortom to Buhari 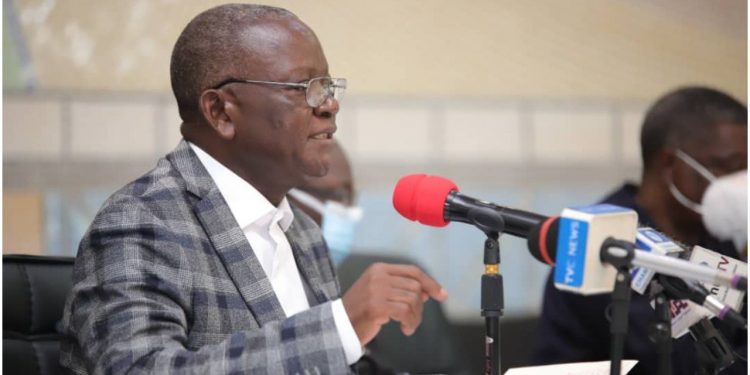 Governor Samuel Ortom of Benue State has vowed that the state would not go back on its law prohibiting open grazing, stressing that there is no land for grazing reserves in the state.

Ortom stated this on Friday in a statement issued and made available to Lens Publications and 247NG Media  by his Chief Press Secretary, Terver Akase.

According to Akase, the president must be “ready to kill” all indigenes of the state if he must realize his policy on grazing in the state.

The statement reads in part, “Governor Samuel Ortom has repeatedly stated that there is no land for grazing reserves or cattle routes in Benue State.

“Though the Federal Government craftily concealed the names of the states where Mr President has ordered that grazing reserves be foisted on the people, we wish to categorically state that no part of Benue will be allocated for grazing reserves or cattle routes!

“The stand of the Governor is not personal; it is the collective decision of Benue people. There is no gazetted land or cattle route in Benue State. Our state should be counted out of the proposed grazing reserves programme.

“If President Buhari must actualize his cattle agenda in Benue State, he should be ready to kill all of us! We know that grazing reserves and cattle routes are the only projects that the President has for Nigeria, but Benue is not interested in such a project”.

We report that Benue is one of the states that have suffered unrest over activities of Fulani herdsmen who have allegedly killed many residents.