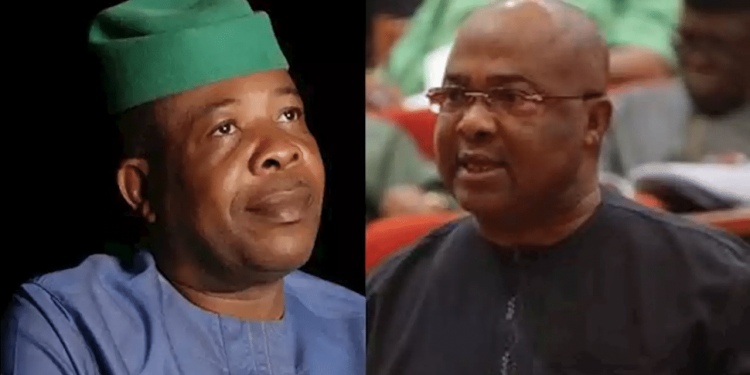 No fewer than 3,500 civil servants in Imo state recently sacked by the immediate past administration of Emeka Ihedioha have been reinstated by current Governor Hope Uzodinma.

It was reported on Friday, March 13; that Uzodinma approved the release of their appointment letters; and instructed that they are remunerated.

Uzodinma further mandated the Head of Service, Camillus Chibuzor Nwagwu to integrate the reinstated civil servants in the scheme of things.

The governor also insisted that the government is poised to creating more job opportunities; rather than disengaging the people.

In his reaction, the former Transition Committee chairman of Nkwerre local government area of Imo state; Pascal Onwukaike applauded the Governor for adopting all the previous projects and policies started by his predecessors.

Onwukaike maintained that the Governor’s style of governance shows that he is poised to recovering the state from its present state; calling on Imo people to support the new government to record success.

1st News had reported that Ihedioha, upon assumption of office as the Governor; relieved some civil servants earlier employed by his predecessor from 2015 to 2018, of their duties.

In like manner, he dissolved the local government council chairmen and ward councillors elected during Rochas Okorocha’s administration.

Meanwhile, the Governor has sworn in the newly appointed Acting Chief Judge of the state; Justice Ijeoma Agugua and charged her on prompt delivery.