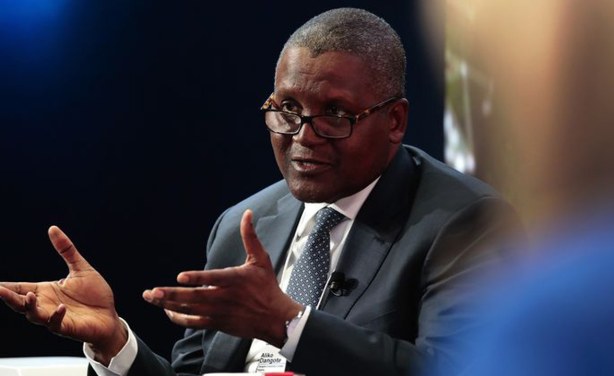 The coming on stream of two major business initiatives, the Dangote Refinery and Dangote Fertilizer, is set to make Nigeria a leading exporter of petroleum and fertilizer products.

This comes against the background of claims by Dangote Industries Limited that its crude oil refinery is expected to produce 65.4 million litres of petrol, diesel, aviation fuel and Kerosene daily when it becomes operational.

The company, in a statement on Sunday, described it as the world’s largest single-train refinery, with a capacity of 650,000 barrels per day.

According to the Group Executive Director, Strategy, Capital Projects & Portfolio Development, Devakumar Edwin, the refinery is being designed to refine multiple grades of domestic and foreign crude as well as process them into high-quality gasoline, diesel, kerosene, and aviation fuels that meet Euro V emissions’ specifications, plus polypropylene.

Mr, Edwin said the company is also constructing the largest fertilizer plant in West Africa with capacity to produce 3.0 Million Tonnes of Urea per year.

The Dangote fertilizer complex consists of Ammonia and Urea plants with associated facilities and infrastructure.

“The project will provide thousands of direct and indirect jobs and add value to Nigeria’s economic development. It will lead to significant skills transfer and technology acquisition opportunities in the country,” he added.

“Dangote fertilizer project is planned to possess unique features like having the largest granulated Urea fertilizer complex under development in the global fertilizer industry, with an investment of $2.0 billion and a capacity of 3 million tonnes per annum (mtpa), covering some 500 hectares of land,” he said.

He said Dangote Fertilizer would guarantee substantial saving of foreign exchange in Africa and create surplus Urea for farmers to enhance production of food grains and vegetables.

The fertilizer plant is also expected to create massive employment.

START A PROFITABLE SIDE HUSTLE!!!