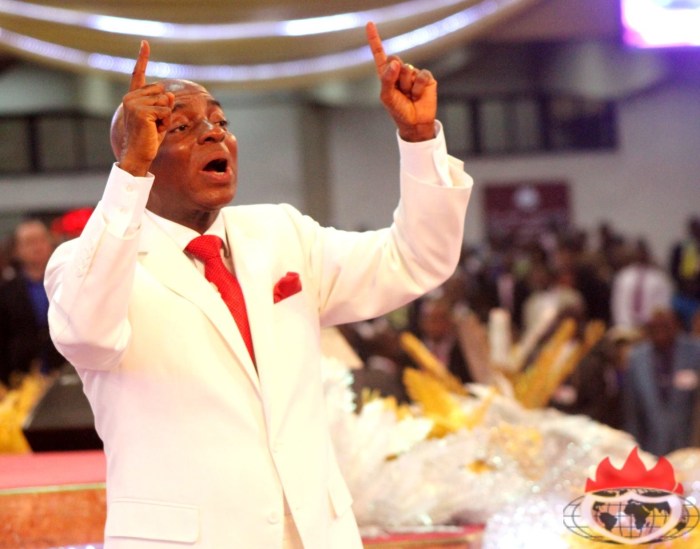 David Oyedepo, the Founder of Winners Chapel, has described the alleged inclusion of Arabic studies in the Police Force test as “highly unacceptable.”

This is as the cleric warned that every move to Islamise the country would be resisted, calling on President Muhammadu Buhari not to allow some elements divide the country along religious lines.

Oyedepo spoke on Sunday, June 3, 2018, at the church’s service in Canaanland Ota, Ogun State, Nigeria According to him, ”The inclusion of Arabic studies in the recent Nigeria Police Force NPF recruitment test is highly unacceptable.

“Some forces just want to score political marks by trying to divide impress the president and divide us as a people. This administration and all agents that want to divide us should be seriously warned as it’s too late to turn Nigeria into an Islamic State.”

In addition, he called for the scraping of the test by the police authorities and asked “for it to be re-written without the inclusion of the Arabic Studies in it.”