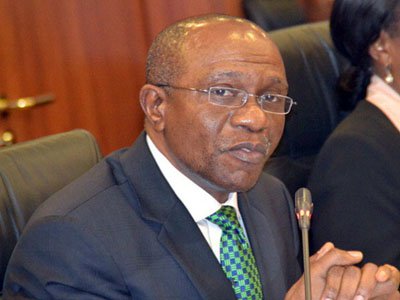 Commercial banks are expected to adopt N360/$ exchange rate in reporting their 2018 financial results, a report from Exotic Capital, a developing market investment bank, has said.

The rate contrasts with the N330/$ rate reported by the lenders in their 2017 financial accounts, but will also come with diverse implications that include raising the level of non-performing loans or  provisioning needs of the lenders.

The report, titled: Nigerian Banks- Notes from the field: reasons to be positive made available to investors yesterday, said shifting from N330/$ to N360/$ reporting exchange rate could also be a translation gains for those banks with long-term foreign currency deposits.

It is also likely to have a negative impact on capital ratios since non-performing loans are skewed towards foreign currency. “Banks reported financial year 2017 results at a N330/$ exchange rate, but there is an expectation that a shift to N360/$ will take place before year-end,” the report said.

Banks had adopted diverse exchange rates in reporting foreign currency assets in their financial statements. The banks’ action falls below the International Financial Reporting Standards (IFRS) which the lenders are expected to comply with.  The IFRS guidelines state that companies operating in countries with multiple exchange rates should translate their foreign currency assets and liabilities into local currency based on the exchange rates at which they expect to settle them. But the guidelines leave room for considerable judgment and flexibility, and Nigeria operates with multiple exchange rates, which adds to the confusion.

The need for uniform exchange rate reporting becomes exigent as exchange-rate risk warrants scrutiny for banks as about 40 per cent of assets and liabilities in Nigeria’s banking sector are denominated in dollars and not all banks operate with matched foreign currency positions.

According to the Exotic Capital report, “Emerging market investor risk-aversion has increased, and the Central Bank of Nigeria (CBN) has recently tightened banking system liquidity in order to protect the currency. The upcoming election is limiting risk appetite for corporates, banks, and investors. Falling margins, due to lower T-bill yields, but also potentially lower loan yields (if interest rates decline)”.

On market liquidity, the report said main focus of the CBN’s liquidity management drive via its open market operations (OMO) last year was to control foreign currency demand. It said stabilisation securities were also issued in 2017 – this involved the CBN issuing T-bills to the banks at below-market yields, meaning the banks would not be able to sell these into the market without registering a loss.

“Another reason why liquidity was tight last year was the TSA transfers (which took place in three tranches over the year) as well as the removal of NNPC (Nigerian National Petroleum Corporation) deposits from the banking system. Additionally, while the official cash reserve ratio level is 22.5 per cent, effectively it can be as high as 30 per cent for some banks, as the CBN periodically demands higher statutory deposits from banks with rising customer deposits, without granting refunds when customer deposit levels decline,” it said.

On treasury yields, the report said such yields  have generally been declining in response to the CBN’s less aggressive stance on liquidity tightening and the market pricing in further

interest rate cuts. “For some banks, mix shifts (e.g. moving from large loans to smaller balances) could be a positive support for asset yields. The cost of funds is likely to fall in second quarter as some of the expensive wholesale funding that the banks took on in October/ November 2017 matures. In addition, the cost of customer deposits has declined as current/savings account deposit collection has improved. Improving cost of funds is a key management objective for several of the banks. Retail savers are being

The Exotic Capital report said volatility relating to the upcoming elections could be an issue that erodes foreign appetite for Nigerian assets in the coming months, and also potentially re-opens the door to speculative trading of the naira.

“This is another reason why an aggressive rate cut is viewed as unlikely before the election. Aside from what is happening at the CBN, the commercial banks are focusing on attracting low cost customer deposits and shifting out of time deposits. This will help manage margin declines from falling T-bill yields. One of the key initiatives is utilising technology to get more people into the banking system, and to help generate cheaper and more stable current accounts. Banks are also embracing the use of agent networks to reach lower income customers more economically,” it said.

On a positive note, the report said technology is helping to lower customer acquisition and transaction processing costs, potentially opening up a much larger retail customer base for the banks. It said: “Accelerating loan growth and lower interest rates, allied to higher oil prices, are key positive drivers.

In addition, loan books have now become seasoned – most exposures are around three to four years old. The biggest stresses in the loan book took place in 2016, but now borrowers are doing better”.