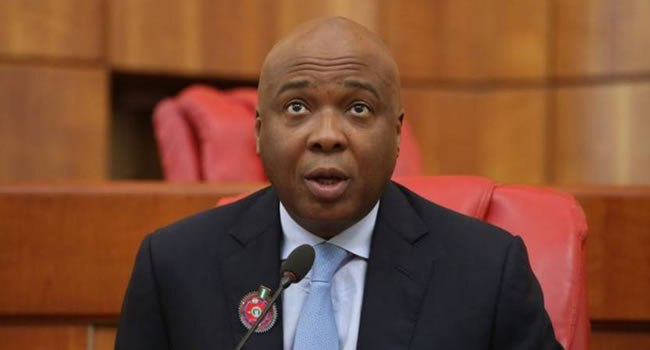 One month after the Senate passed an amendment bill of the 2010 Electoral Act, in which they approved the reordering of election sequence, President Muhammadu Buhari has rejected the proposal.

In a letter addressed to the President of the Senate, Bukola Saraki, Buhari revealed that he vetoed the amendment bill on the 3rd of March.

He listed three reasons why he is opposed to the new election arrangements, as proposed in the amendment bill Senate passed on 14th of February.

Buhari, in the letter read on the floor of the Senate, said: “Pursuant to Section 58(4) of the Constitution of the Federal Republic of Nigeria 1999 (as amended), I hereby convey to the Senate, my decision, on 3rd March 2018, to decline Presidential Assent to the Electoral Amendment Bill 2018 recently passed by the National Assembly.

“The amendment to the sequence of elections in Section 25 of the principal act, may infringe upon the constitutionally guaranteed discretion of the Independent National Electoral Commission (INEC) to organise, undertake and supervise elections provided in Section 15(A) of the third statue to the Constitution.

“The amendment to Section 138 of the principal act to delete two crucial grounds upon which an election may be challenged by candidates, unduly limits the rights of candidates in elections to a free and fair electoral review process.

“The amendment to Section 152(3)-(5) of the Principal Act may raise constitutional issues over the competence of the National Assembly to legislate over local government elections.

“Please accept Distinguished Senators, the assurances of my highest consideration.”

The controversy surrounding the reordering of election sequence, has not gone down well with lawmakers. Senator Ovie Omo-Agege is currently facing the Senate committee on Ethics, Privileges and Public Petitions over statements credited to him.

Nine others senators are facing similar probes over their comments regarding the reordering of election sequence.