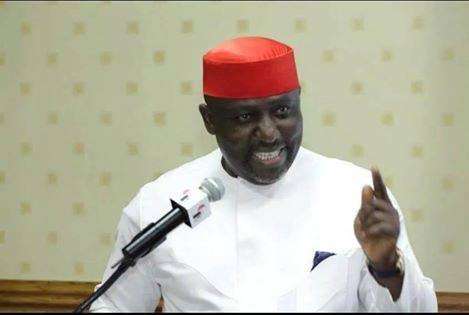 The raging feud between Imo State Governor Rochas Okorocha and the state House of Assembly members seems to be escalating, as the Clerk of the House, Chris Duru, was on Thursday suspended over his alleged leaning to the governor.

Although the lawmakers claimed that Duru’s “gross under-performance” was the reason for his suspension, it was however learnt that the action of the lawmakers was a ploy to get to the Speaker, Acho Ihim and Governor Okorocha.
The lawmakers it has been gathered are now poised to move against the Speaker and the governor, having succeeded in suspending the House Clerk.

The Clerk it was gathered is the right hand man of the Speaker and has been working concertedly with him in protecting Governor Okorocha’s interest in the current rift between him and the lawmakers.

At its first plenary on Thursday since deserting Okorocha’s budget presentation, the majority leader, Lugard Osuji, representing Owerri municipal state constituency, moved a motion for the suspension of the Clerk and was supported by 21 of the 27 lawmakers.

Consequently, the Clerk was suspended with immediate effect at the plenary that was conducted in an atmosphere of tension and political pressure.