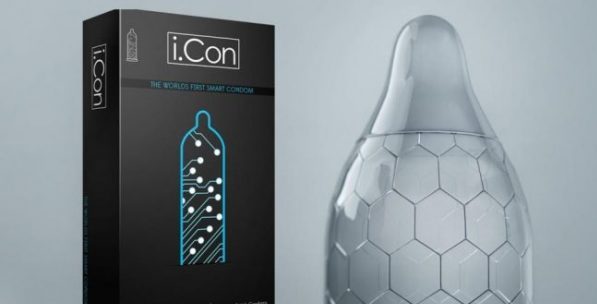 A British company has announced that it has created the world’s first “smart” condom which rates your bedroom skills, checks for STI’s and calculate how many calories you burned during lovemaking.

Other data that can be detected by the smart condom includes duration of intercourse, calories burnt, number and speed of thrusts, girth measurements, and different positions used per week, month or year.

Reports say all information gathered by the smart condom can be kept anonymous – but users ‘will have the option to share their recent data with friends, or, indeed the world.’

Adam Leverson, lead engineer on the i.Con project said: ‘Not only have we innovated the world’s first smart condom ring – that’ll measure pretty much every aspect of performance in the bedroom – but now I’m pleased to confirm that it will also have built-in indicators to alert the users to any potential STIs present.’

The ‘game-changing’ new device is billed as the newest form of wearable technology and it uses a nano-chip and Bluetooth technology to relay data to a smartphone app of the user.

Reports say the i.Con Smart condom isn’t actually a condom – instead, the photos reveal it’s a ring-shaped wearable that mimics the style of another popular sex toy which sits at the base of the penis.