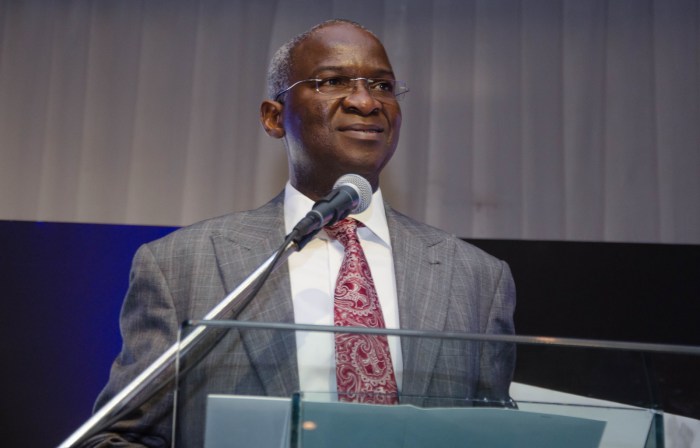 The House of Representatives Committee on Power has summoned Babatunde Fashola, the minister of power, works and housing, over his alleged violation of the 2017 Appropriation Act, a report by Authority Newspaper says.

Expressing anger over the huge expenditure, the committee directed the minister to appear before it along with the Permanent Secretary, Louis Edozien and Managing Director of Transmission Company of Nigeria (TCN) to furnish the lawmakers with relevant details.

The committee led by Hon. Daniel Asuquo (Cross River-PDP) issued the summons following the absence of the minister at the hearing convened by the panel on Wednesday.

In a reaction to the submissions of the minister’s representatives, Hon. Toby Okechukwu (Enugu-PDP) frowned at the indiscriminate injection of funds into the power distribution companies by the Federal Government.

He said: “I don’t know whether the acquisition of the distribution companies is worth more than N701 billion. The total capital of these companies may not be up to N701 billion.

“Yet we are borrowing money to support them,” he lamented.

Hon. Mark Gbillah (Benue-APC), who decried the solvency of NBETC and TCN, feared that the power sector may collapse in the next six to seven years if drastic measures were not taken.

“We are trying to pay for the business of certain individuals and that of gas utilisation and power generation. We need to do a forensic study of these gas companies.

“What are they (GEN­COS) actually generating? What are we always required to pay them? The generating companies always tell us a humongous figures of what they are generating, and how there’s no transmission capacity, the losses that they experience. We need to start from the bottom up as well as from the gas angle,” he said.