Shameful Married Nigerian man, who works as a technician for Thermocool, confesses to raping an innocent girl at a client’s house 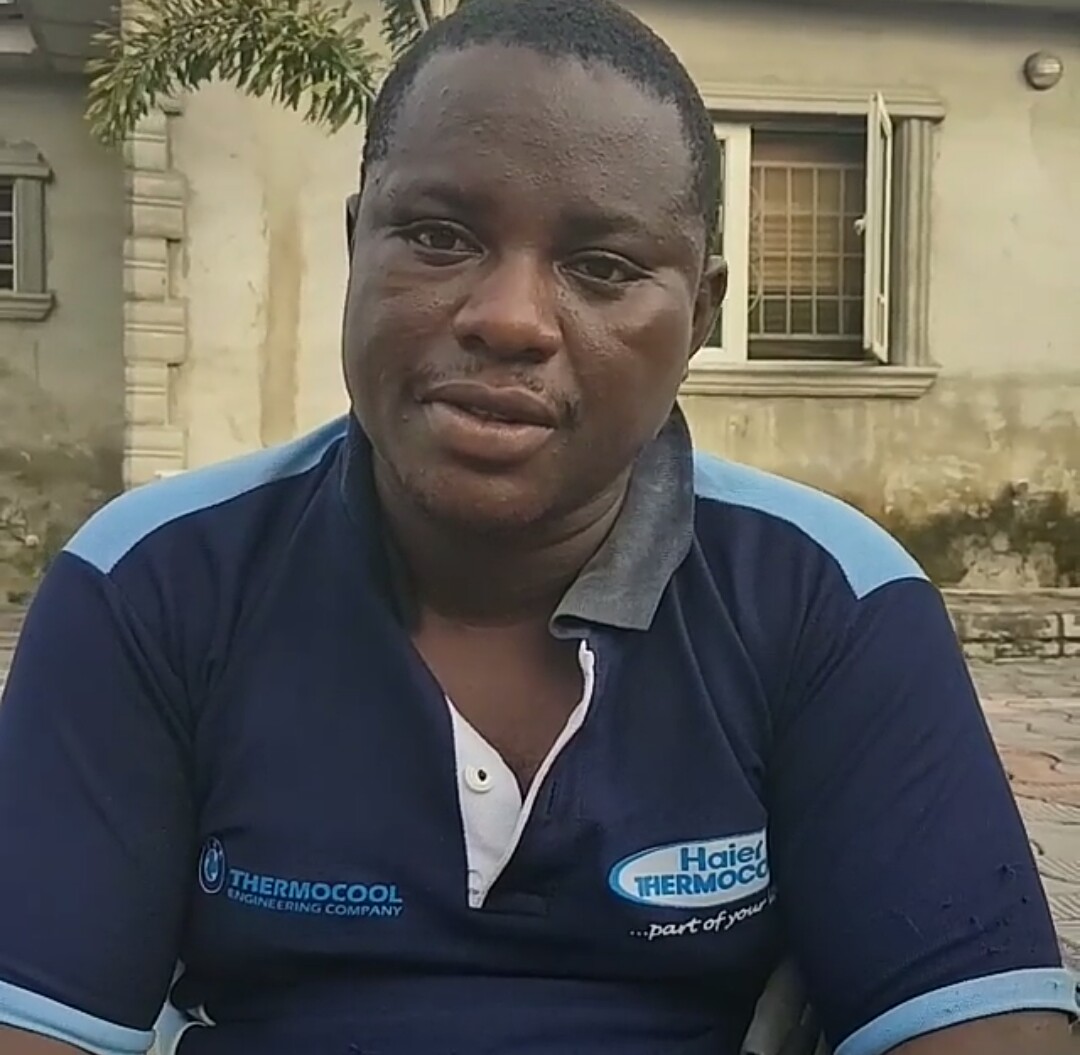 A Married Nigerian man named Ifeanyi Emmanuel, who works as a technician for Thermocool, has confessed to raping an innocent girl while working at a client’s house.

In videos shared online after he was apprehended by the said client and a group of people, he described his despicable action as shameful, saying he has now wasted his life, career and future committing the rape crime.

Tagsconfesses to raping an innocent girl at a client's houseIfeanyi EmmanuelShameful Married Nigerian manwho works as a technician for Thermocool
Share:
Previous Article