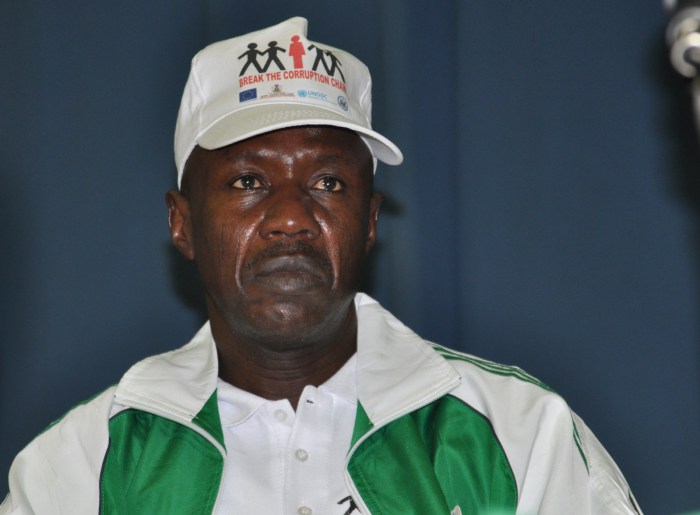 The Economic and Financial Crimes Commission, EFCC, has accused Governor Ayodele Fayose of Ekiti State of diverting N680 million from the state’s coffers to a private fixed deposit account, which was yielding N6 million interest every month, a report in Punch said.

The N680m was alleged to have been part of the bailouts paid to the state government by the Federal Government for the payment of salary and pension arrears, according to the EFCC’s preliminary investigation into the matter.

The anti-graft agency also asked the state’s commissioner for finance, Toyin Ojo, and the accountant-general, Yemisi Owolabi, to report back to the commission’s head office in Abuja next week.

Owolabi and Ojo had spent about 12 days in the custody of the anti-graft agency after allegedly refusing to honour its invitation in the past. They were arrested for their alleged roles in the diversion of the bailout .

According to the anti-graft agency, there is a reason to believe that the people of Ekiti State have been short-changed.

“Analysis of the bank statement revealed that the money was later placed in a fixed deposit, where it was yielding a monthly interest of about N6m at a time pensioners and workers in Ekiti State were owed months of unpaid entitlements.”

It was learnt that investigators were going through several documents to uncover the beneficiaries of the monthly interest on the fixed deposit.

The report concluded, “The detained Ekiti State Commissioner for Finance and its Accountant-General committed to assisting the commission with relevant documents before they were granted administrative bail and ordered to report back in two weeks.”

It was learnt that in the course of investigating alleged misapplication of the bailouts by the Fayose-led administration, especially the N1.7bn contract awarded to a Lebanese company, which later moved part of the money to allegedly purchase properties for Governor Fayose, investigators stumbled on evidence of diversion of funds meant for payment of state and local government employees and pensioners in Ekiti State.