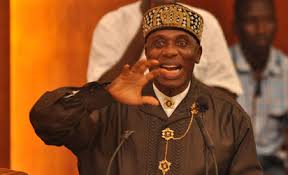 Minister of Transport, Rotimi Amaechi, says the Federal government is planning to reintroduce Bicycle riding in the Federal Capital Territory in Abuja. The Minister disclosed this when he spoke at the end of the 15th meeting of National Council on Transportation with the theme: ‘Efficiency of Inter-modality in Transportation: Panacea for Economic Recovery.” in Sokoto state yesterday Monday, September 4th.

“The National Council on Transportation is a policy making Council and we have approved that we should do a pilot project on bicycle riding in FCT because it is the only city that has facility for bicycle riding. We decided that we do it in Abuja because if you check, nearly all the roads in Abuja have lanes for bicycle. It is there in China and UK. It is an investment that would help reduce the number of passengers that are looking for modern form of transportation within the cities. Other states that want to do it must provide facility before they can proceed because we want to separate cyclists from the roads and some motorists can be very impatient with them. So states that want to go ahead can do that. But they must provide lanes for bicycle so that we don’t have numerous accidents.” he said

Former Minister of Transport, late Ojo Maduekwe came into office in 2001 and introduced bicycle riding in Abuja when he was canvassing for Nigerians to explore other means of transportation order than just cars and buses.