ASUU:FG AGREES TO GIVE N23BN TO UNIVERSITY LECTURERS -EDUCATION MINISTER 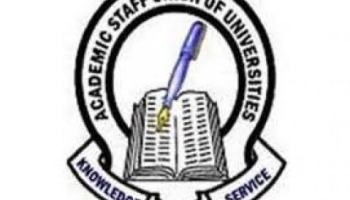 ASUU:FG AGREES TO GIVE N23BN TO UNIVERSITY LECTURERS -EDUCATION MINISTER

With the ongoing strike of Asuu,the minister of Education, Adamu Adamu,has said that arrangement has been made by the FG to release #23bn to the Academic staff Union of universities (Asuu)

The meeting which was held before the senate committee of tertiary institutions and TETFUND led by senator Jibrin Barou,the minister revealed that the executive arm of government had commenced plans to ensure that it honored the agreement with Asuu.
He went on to say that the minister of finance, Kemi Adeosun had already approved a total of N53bn for the union so far,adding that the balance of N23bn would be released on Monday when the striking lecturers would receive the cheque.

The minister said Asuu asked for N23bn to be paid without them giving proper account of the N30bn that has been given to them already, therefore the FG said the condition for getting the N23bn was for them to account for the N30bn they had taken but they were not able to account for it. The minister of Finance undertook to do the audit from the ministry and we agreed that the result will b known in six months. During those six months, government agreed to be paying Asuu N1.5bn each month during the time they are waiting.

Another issue tackled by the minister of education is the issue concerning their salary short fall,the minister said that the reason springs from Universities employing people without proper authority. For instance, a university can just decide to go and recruit 50 people without proper authority, so what they are going to get is the money they got last month which will not be sufficient for them. We have told them that institutions should henceforth stop doing that and they accepted.

The issue of registration of their pension commission was another issue the minister addressed, he said that their pension commission should be iron out with PENCOM and they agreed and we believe that it will b resolved before this week runs out.
The minister concluded his speech by saying that he has already written to a letter to formalize the meeting and all the agreements they had with Asuu and gave them the letter yesterday and from the way they received it,he thinks it is possible that the strike will be called off within a week maximum.

Senator Jibrin Barou commended the minister for his efforts towards ensuring that the situation was resolved and the strike to be called off.