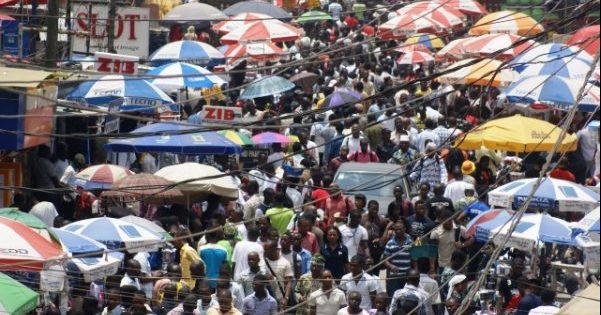 The business community in the popular Computer Village, Ikeja, Lagos have started computing, well in advance, the volume of investment to be lost if the state government carries out its threat to relocate the market before the end of 2017.

A cross section of the business owners, who confirmed that the street value of investments in the Computer Village was evaluated by an auditing firm hired by the unions in the complex in 2015, put the estimated value of investors’ input in making the Village a business hob at more than N20 billion.

The general manager, marketing, Slot, a major dealer in phone accessories, Mr. Gilbert Oleha, said having stayed in the present Ikeja location for more than 25 years, many companies see the relocation as total dislocation of business plans of the outfits in the area.

But according the state Commissioner for Information and Strategy, Steve Ayorinde, who spoke on Sunday, there will be no going back on having the Computer Village replaced with the Ikeja Model City Master Plan.

He said the model had already been approved by the government, which is currently redesigning the Computer Village for residential use, adding that it would adhere to the plans to make the area more organised and habitable.

“It is a question of time, but government will not reverse its decision to relocate the Computer Village from its present location at Otigba, Ikeja, to its new site in Katangowa, Agbado Oke-Odo Local Council Development Area in line with the new Master Plan,” Ayorinde stated”.

On the real value of the market, he said the evaluators undertaking the study were yet to submit their final report, but confirmed that the market is a multi-billion naira complex.

Contrary to speculations that the owners of business settings in the Village had vowed not to cooperate with government to relocate, the Commissioner said there had been a series of meetings with the executive members of Computer and Allied Products Dealers Association of Nigeria (CAPDAN) where it reiterated its commitment to the relocation plan.

On the arguments that an approval had been given for a construction of ICT Specialised Mall, directly beside the newly built Ikeja Bus Terminal Ikeja, Ayorinde, said such construction is illegal and would be pulled down.

However, undue tension is said to be brewing among business owners in the area, following allegations that some have started lobbying the state government to carve out the west end of Otigba, comprising housing telephone-related products, to remain while the dealers in computers and their accessories should be the ones to vacate the market.