Governor Nyesom Wike at it again: We have overwhelming evidence of Amaechi’s corruption acts 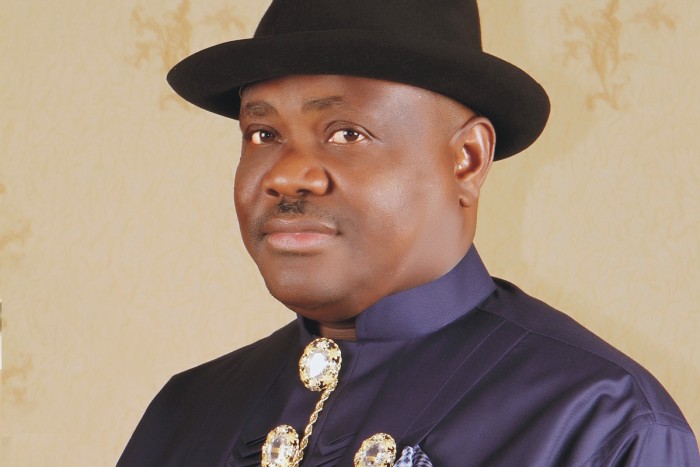 Rivers State Governor, Nyesom Wike has declared that the evidence of corruption against his predecessor now Minister of Transport, Rotimi Amaechi, is so overwhelming that the Minister of Transportation admitted to them publicly, a statement by Simeon Nwakaudu, his Special Assistant on Electronic Media says.

He added that the Former Governor confessed publicly that he sold the State’s Gas Turbines, which the immediate past administration diverted the funds.

Governor Wike said: “All the documents that proved Amaechi’s corrupt acts are authentic. We never forged documents. The former governor himself admitted that he paid out $39million to Clinotech , without a single block laid anywhere. Is that a document he claims was forged. Where is the Hospital ?  He has agreed in different interviews that he sold the state gas turbines for $309million. Convert $309million United States dollars to naira and you will understand the level of fraud. Amaechi left only $204,000 in the state account. The bank statements of the pattern of withdrawals from that account are there for all to see. Can that be forged. The dates and amounts withdrawn are clearly written”.

The governor berated the Minister of Transportation for engaging in the blackmail of the Supreme Court because his appeal is pending before the Apex Court over the establishment of the Rivers State Judicial Commission of Inquiry.

“There is no time that he loses a case without blackmailing the Judiciary. He feels that the only way he can do it is to blackmail the Supreme Court. You cannot play politics with everything “.

“Any hotel that is used to rig elections, that hotel’s certificate of occupancy will be withdrawn. I will not all that anymore “.

He regretted that the Former Rivers State Governor has continued to work against the interest of the State, refusing to use his position as a Minister to attract benefits to the people.

Speaking further, he warned traditional rulers against working with armed gangs to cause insecurity in their communities.

Earlier, the Chairman of the Rivers State Council of Traditional Rulers and Amayanabo of Opobo, King Dandeson Jaja commended the governor for the commencement of the reconstruction of 175 public schools across the state.

He appealed to the governor to set up a process to check the sale of illicit drugs in the state.