Violence is the only solution to Violence — ASARI DOKUBO 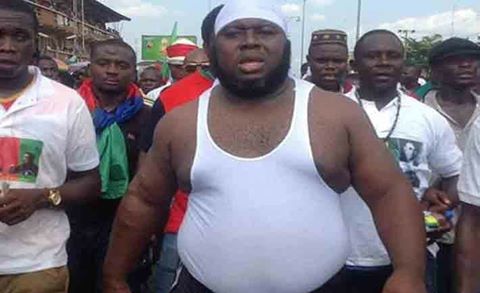 Alhaji Mujahid Dokubo-Asari, the leader of the defunct Niger Delta Volunteer Force has finally made a stunning revelation on Buhari’s role in the creation of Boko Haram, the deadly Islamist sect and the gains he enjoyed from its activities.

The former warlord alleged that Boko Haram was a creation of Muhammadu Buhari who helped to install him into power in the federal elections of 2015 that saw his emergence as president.

He stated this in an interview with 247ngTV while fielding questions on the mayhem being unleashed on the people of Southern Kaduna by the Fulani people.

He asked them to stop complaining and go after their attackers adding that you can only settle violence by violence.
Asari said, “For me, the life of every human being matters and as it is said, equity helps those who help themselves. The people of Southern Kaduna cannot fold their hands.

“They are calling on El Rufai, who once said whoever kills a Fulani man is a debt that must be paid, whether now or forever.

“It is stupidity for them to fold their arms. They should also go out and kill them. That is what we do here in Ijaw, if you attempt to kill us, we will kill you. They keep compaining that they are burning their villages, don’t they know their villages, go out there and raze their villages too. The crisis has nothing to do with Islam. People should stop this Islamphobic, those killing people in Kaduna are the people that are hungry for power.

“There was a mad man Called Usman Dan Fodio who came there in the 1800. This mad, sick idiot came and told them that their own practice of Islam was not good. He started at the Kwa, he killed them, went to Kano and Borno raided the cities.

“It is a new colonial expansionist movement led by bloodthirsty fool called Dan Fodio, who instructed them to follow the part of destruction. For me, I believe violence is the only solution to violence because the man who makes violence believes that it is a natural law.”

On Boko Haram sect, Asari minced no words in saying Buhari created Boko Haram.
According to him, “Buhari is the creator of Boko Haram. Buhari benefited from the activities of the sect because on the day of the election, Boko Haram went to sleep and you had millions of votes from the north”.

“I can tell you without fear that Boko Harm is working hand in hand with Buhari and he can’t deny that. The person who lost the battle of Boko Haram is Goodluck Jonathan. They use it as a smear campaign together with the satanic Hilary Clinton and Barack Obama.”
On the release of Chibok girls, Asari said, “I have said it before, there are no missing Chibok girls, the Chibok girls that wrote WAEC that could not speak English. In what language were they writing exam?”