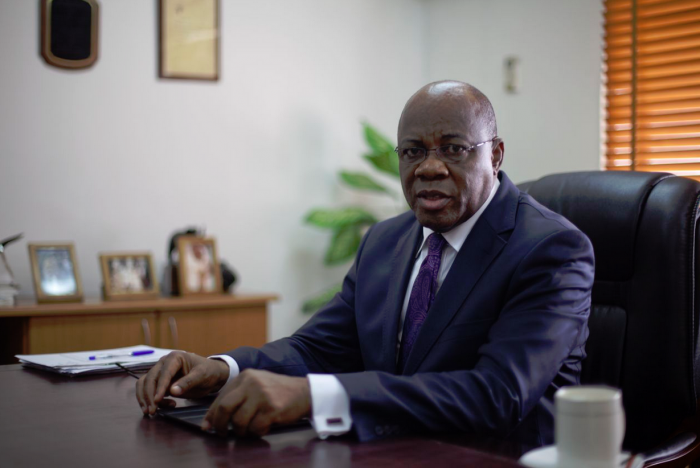 Olisa Agbakoba, a former president of the Nigerian Bar Association, NBA, on Tuesday, July 4, 2017 condemned the call for the country’s restructuring, describing it as a political calculation by the elite to grab power in 2019.

Punch reports that Agbakoba, a senior advocate of Nigeria, justified the demand for self-determination by the Nnamdi Kanu-led Indigenous People of Biafra, which is seeking a referendum to achieve same.

Agbakoba, who rejected the declaration by acting President Yemi Osinbajo that Nigeria’s sovereignty was not negotiable, said IPOB’s quest for self-determination was lawful and found justification in Article 1 (2) of the United Nations Charter and Article 20 (1) of the African Charter of Human and Peoples Rights, to which Nigeria was a signatory.

He said the federal government must immediately initiate a process to put the continued existence of Nigeria as a sovereign entity to a debate, stressing that restructuring was not the road map to federalism.

The legal luminary addressed journalists in Lagos on Tuesday at his Ikoyi office on “The future of Nigeria.”

Agbakoba said, “I see every politician now says restructure but I disagree. I also think the acting President was wrong to say that Nigeria is insoluble. There is nothing sacrosanct about Nigeria. It can blow up anytime. It’s an artificial creation, which was made in 1914 and when it was amalgamated we were not there. It was amalgamated in the interest of the colonialists.”

Agbakoba said it was unfortunate that since 1914 when amalgamation was thrust on the people, there had not been any home-grown process to resolve the will of the people to co-exist.

He said, “For me, the best that he can be charged with is unlawful assembly and an act capable of breaching public peace. Those are the things he can be charged with, but not treason; because Nigeria is a signatory to the United Nations’ Charter, which recognises the right for self-determination.”

When asked whether he aligned with IPOB’s call for a referendum towards self-determination, Agbakoba, who said he had nothing against Kanu, responded, “Absolutely!  What is sacrosanct about Nigeria? Nothing. What is sacrosanct about Nigeria is our agreement to be part of Nigeria. I’m not suggesting that Nigeria should not exist but to say that Nigeria’s sovereignty is not negotiable, nobody should talk about it.”

Agbakoba, who was a delegate at the 2014 National Conference, also said implementing the resolutions of the conference would not quell the various secessionist agitations in the country.

He argued that while it was politically incorrect for the Arewa youths to give the Igbo living in the North a quit notice, there was no legal basis to call for their arrest.

He said, “Did they commit any crime? They just said, ‘leave our place,’ that’s all. It’s not in the criminal code that if I tell a man to leave my house I have committed a crime. I have a right to tell you, this is my house, leave. It’s politically incorrect to tell the Igbo to leave but I don’t see any crime. And let’s be clear, we should not make this thing sound legalistic… it is political.”