WOW! WOW!! WOW!!! HOW ON EARTH DID I FORGET THAT I WAS ACTUALLY CAUTIONED? BY Tubotamuno Dick 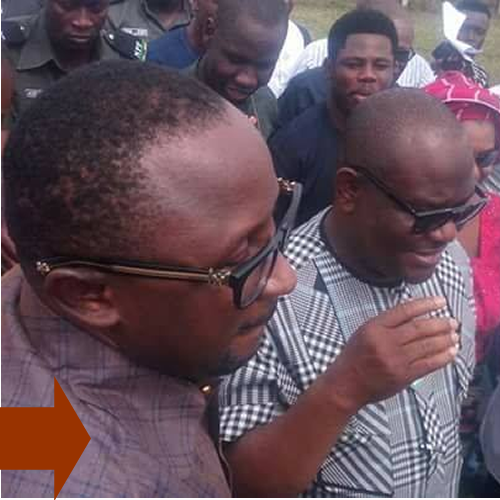 Facebook just brought up this memory of July 2, 2016!
Is this JUST A COINCIDENCE OR an ACTUAL NEXUS that “the little Alligator” I “supposedly helped” to flush down the System LINKED to a “Stream” ( APC FEDERAL MIGHT and POLICE CONNECTION) one year ago actually came out the predicted ” GIANT CROCODILE” to VISIT me, as cautioned, with it’s AK47 fangs to Kill me and every person in the car with me but ended up Killing my friend, TOMI ALALIBO (IJO) at the perfect time and place on Wednesday, the 15th of June 2017, after weeks of surveillance?

Though, I am still wriggling in the pains of the VISIT of AK47 Bullets that riddled my body, made me immobile and killed my Buddy, IJO, I am deep in thought as to the “Caution” by my learned senior friend, who is a renowned Ojukaye Flag Amachree’s Henchman, Barr Ibiye Dokubo, as stated below!

“MY CANDID OPINION AND ADVICE TO TUBOTAMUNO DICK ON HIS POST AGAINST HON. OJUKAYE FLAG AMACHREE, CAPTIONED “CHECKMATE”!!!!!!!!!!!
Let me say this for record purposes, because I have been advised by well meaning individuals of Rivers State not to join issues with you as it concerns Hon. Ojukaye Flag Amachree and other related matters, we are all aware that you are not the one prosecuting the matter neither have you been seen as proper person having the consent of the deceased parents as clearly seen in Smart Soberekon’s case and this one you have just transferred to your bidders like Judas Iscariot handing over Christ to his executors, but my worry is that for how long will you continue to play this role as a Kalabari man? The other day you boasted that the sand company of Oj is not functioning again and this is just the beginning!!, what gain are you having in ensuring that this young man is killed and his businesses crumble, you claim since Oj was arrested there is relative peace in Buguma, but even you can not go to Buguma without security for fear of being stolen, as kidnappings and ransom is paid based on passengers basis, even to innocent citizens, businesses are no longer functioning, stores are been burgled on daily basis, no government presence and there is more hunger compared to Oj’s tenure…now you have trump-up another charges as you alleged in this post against him (OJ) and same way your bidders have paid you and they have taken the matter, now my question to you is that are you really enjoying your role in this business as a Kalabari man? Because I know you don’t have what it takes to even represent any party in this matter, have you ever ask your self if Wike has or is prosecuting any Ikwerre son? You and i know that this is a case for the gladiators, and they know how to end it, but for you i will advise you to take the part of caution because Ojukaye flag Amachree will surely come out strong and both of you will still meet in Buguma as Kalabari Brothers… But if my advice to you is perceived to be on the negative side please leave it and continue, but one thing is certain that he who flush the little alligator into a system that is linked to a stream should be rest assured the visit of the giant crocodile some day.. Thank you and God bless you”.
**********************************************
Now, coming to think more deeply of it that this “supposed” CAUTION came on the heels of Threats To My Life by Ojukaye Flag Amachree, the supposed ” Linked Giant CROC” himself for which I petitioned the then Commissioner of Police and the matter is still being “supposedly” investigated by the State CID and was “politically” taken over by the Federal CID, alongside the case of the killing of the Peace Corps member at Abalama Community during the Legislative Houses Re-Run Elections! What a Coincidental Nexus?
Well, I did not die! And I won’t die from Gun Bullets because I have never used one on any body in my life! I am only a Strong Advocate of my conviction that Justice Must be Done No Matter who is involved. AK47 Bullets won’t make me abandon my conviction. I only weep for my Paddyman, Tomi Alalibo. Me? I will be back and get to the Root of this dastardly attempt on my life for holding a divergent political opinion from that of an AK47 Fanged Linked Giant CROCODILE in a supposed Democracy! I won’t stop Talking the Truth the way I see it. You can take that to the Bank.

I FEAR NOTTING BUT ONLY GOD!

OLOOOOOOOOOOOKU Linked Giant Crocodile,
AK47 BULLETS DIDN’T KILL ME. TRY GENERAL PURPOSE MACHINE GUN BULLETS NEXT TIME YOU HEAR? BUT SOON, AND VERY, VERY SOON, “THEY WHO LIVES BY THE SWORD SHALL DIE BY THE SWORD”! It is a Natural Law!
RUBBISH!