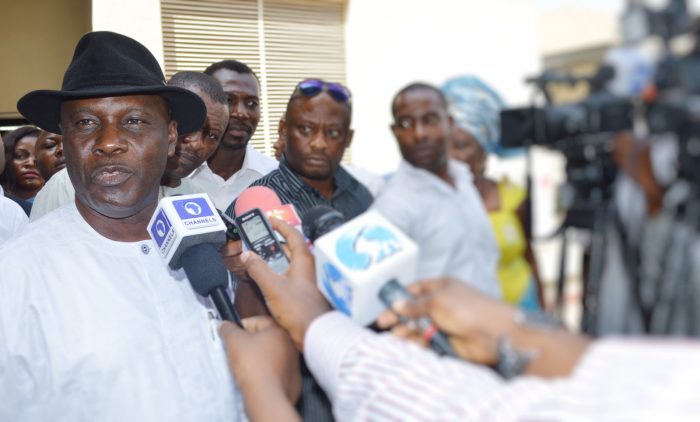 The Court of Appeal sitting in Abuja, on Wednesday, June 15, 2017 nullified the October 2016 judgement of the Code of Conduct Tribunal, which found a former minister of Niger Delta, Godsday Orubebe, guilty of false asset declaration.

The three-member Appeals Court ruled that Orubebe was not expected by law to declare an asset that he had already sold.

The panel, presided over by Justice Abdu Aboki, held that the documents which the former minister presented at the tribunal were sufficient to indicate transfer of ownership.

The ruling was contrary to that of the Code of Conduct Tribunal presided over by Danladi Umar which held last year that Orubebe failed to prove that the property located at number 2057 Asokoro, Abuja, was no longer his.

In its ruling, the tribunal held that the documents indicating that the property was sold to a company, Divention Properties Ltd., were not legally sufficient to prove a transfer of ownership.

Mr. Umar, also announced a forfeiture of the property in the 2016 ruling.  At the ruling, he explained that the testimonies and document presented by the prosecution prove that the former minister was “guilty as charged”.

He further stated that while the minister claimed that the property was on rent from the federal government, the rejection of the claim by his former landlord to allow him exercise his right over the property rendered the power of attorney useless.

The former minister had pleaded ‘not guilty’ for two-count charges of false declaration of assets and another two counts of bribery when arraigned before the Code of Conduct Tribunal.

Mr Orubebe was charged by the Code of Conduct Bureau for alleged failure to declare landed property in Kyamu and Asokoro district, both in Abuja, on assumption of office as minister on September 26, 2007.

The Court of Appeal has now overturned that ruling.