A Nation In Search Of A Future: An Open Letter To The Senate President 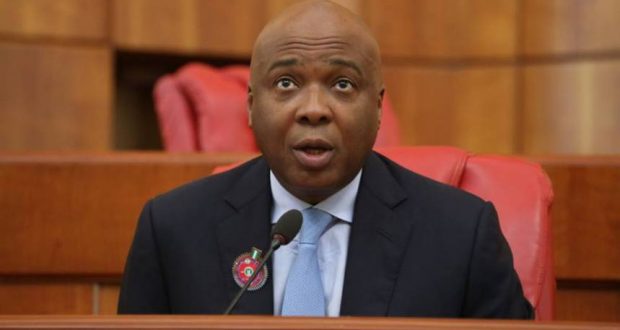 The State of a Nation in Search of Its Future

Shall we continue in this “dangerous jungle” where life has become hellish and the future is uncertain so that Nigeria can abound? My dear President of the Senate, Dr. Bukola Saraki, may I passionately urge you to take a deep introspection, pause and pay some rapt attention to the voices of the oppressed reverberating from the wilderness, shouting menacingly “what portion have we in this British contraption? We have no inheritance in the making of Lord Lugard; to your tents, O Nigeria!” This is the sight and sound of the sad reality of the present times. Yet, I sincerely hope that Nigeria will not slide fatally from the precipice. I love Nigeria.

Our nation, once full of prospects, is dying. That great hope at independence that made some global pundits to tout it as capable of rivaling great lands, have faded. Unfortunately, some elders who led us to this parlous path and have refused to let go, are still shamelessly feasting, celebrating political marriage of daughters, cutting political cakes at their birthdays and disingenuously holding tight to political powers in their state of infirmity. They are again at it, conspiring and consulting to foist their interest on us ahead of another round of general elections and consign our future to their protégés. Yet, they are pleading we should not pray that they die. But they are worse than the village enemies that we daily ask God to destroy. So, what option do we have?

I do not intend to spoil the fun or mar the party of your two years anniversary in office as the Chairman of the National Assembly. I concede that, at least, you have something to cheer, even outside some good bills passed by the Senate in the last two years; you have equally proved wrong some bookmaker – who had predicted you would not survive your first three months in office. 91 bills passed in two years and still counting, inclusive of the latest amendments to the Electoral Act 2010; the first part of the Petroleum Industry Governance Bill and some other notable ones, are parts of the highlights of your robust leadership.

Good laws are the wheels of a working and walking democracy, but it would require much more than passing bills to get Nigeria out of the woods. However, no one should get it twisted; it will equally require all the good laws, including repealing the obnoxious ones and amending some other ones along the way, if we sincerely desire to rescue our nation from the brink. It is therefore worth the space, if merrymaking can give way to soul-searching and sober reflection, while our 109 Senators and 360 Representatives use the anniversary to interrogate their consciences and ponder if they had also not betrayed public trust like the misguiding elders.

Mr President of the Senate, Sir, read what the great Marcus Tullius Cicero said: “Six mistakes mankind keeps making century after century: believing that personal gain is made by crushing others; worrying about things that cannot be changed or corrected; insisting that a thing is impossible because we cannot accomplish it; refusing to set aside trivial preferences; neglecting development and refinement of the mind; attempting to compel others to believe and live as we do.” Several of our political players are out of tune with these wise points. They are pernicious power mongers and disgusting opportunists, who are using the corridors of power for influence peddling and yet seeking relevance without purpose.

Today, Nigerians are regaled with the vexatious tales of how the cabal is exploiting President Muhammadu Buhari’s encumbered health to undermine the entire nation and the Presidency. You will recall that the Senate had received a controversial letter transmitted by Mr. President on his way to the UK, which coinage went beyond section 145 of the 1999 constitution (as amended), to illegally narrow down the scope of operations of the acting president to “coordination of government activities.” As it were, the Acting President, Yemi Osinbajo, has been unable to swear-in ministers, post ambassadors and sign the 2017 budget because of the predatory influence of the cabal.

With all this treasonable affront and troubling developments threatening our democracy, when shall the Senate see beyond Osinbajo, and realise that this conspiracy is against the people, the constitution and the hallowed authority of the red chamber itself? Taking a cue from what the US Senate is doing to protect institutions and democracy currently over the alleged Russia’s interference in the 2016 presidential election, I similarly appeal to the Nigerian Senate to immediately put a searchlight on the Presidency and commence an investigation into the activities of some persons undermining the system.

The Senate is also urged to investigate the activities of the Department of State Services (DSS), and prevent it from arbitrarily using its coercive powers to harass, intimidate and illegally detain suspects without charging them to courts. Such virulent act is inimical to the national security it seeks to protect. The Senate should rise to protect the dignity of the DSS as a responsible institution and guide it from putting its perceived invincibility at risk.

In addition, the Senate is enjoined to ensure that justice is done to the victims of the self-inflicted and tragic Air-force aerial bombing of Rann IDP camp in Borno State last year, so it is not forever swept under the carpet. Also, the recent barbaric Navy onslaught against some policemen that led to some deaths and arson must be investigated and the culprits punished in accordance with the law.

There is an imminent threat against our national security with the continuous inflow of dangerous weapons, in large numbers, into Nigeria. As a matter of urgent national concern, the Senate should commence a public hearing on this, and summon the leadership of the Nigerian Customs Service, in order to unravel those behind the importation of these deadly weapons and the underpinning conspiracy.

Our nation is becoming a story of tragedy; the fault-lines are widening and the union is at risk. This nation must find a way to address the agitations of the Independent People of Biafra (IPOB) for justice to be done to the South-East; it must address the injustice against the Islamic Movement of Nigeria (IMN); it must put a stop to the activities of murderous herdsmen. No one zone or region has the monopoly of terror any longer and time is fast running out on us. The Senate has a big role to play to redeem a dying nation. We can no longer run away from restructuring, people’s federalism, reforms and the need to recreate a new nation if we want the union to remain.

As young Nigerians, we are coming up with “The Big Alternative” – the irreducible minimums. No one must be voted for or appointed who will not sign a pact to make use of only our public health facilities, while their wards must only attend public schools in Nigeria. We must put an end to the burdensome political pension for politicians, stop double dripping – pension and political emoluments; we must insist on open declaration of assets; we must demand “made and make in Nigeria”– government and its officials cannot patronise anything that has local substitute.

As I congratulate you on the occasion of your second anniversary as the President of the Senate, Sir, like Cicero, “Let the welfare of the people be the ultimate law.”

May God Bless the Federal Republic of Nigeria!

Ariyo-Dare Atoye is the executive director of Adopt A Goal. He can be reached by email HERE.

Mark Zuckerberg Made Nearly $5 Billion in ...