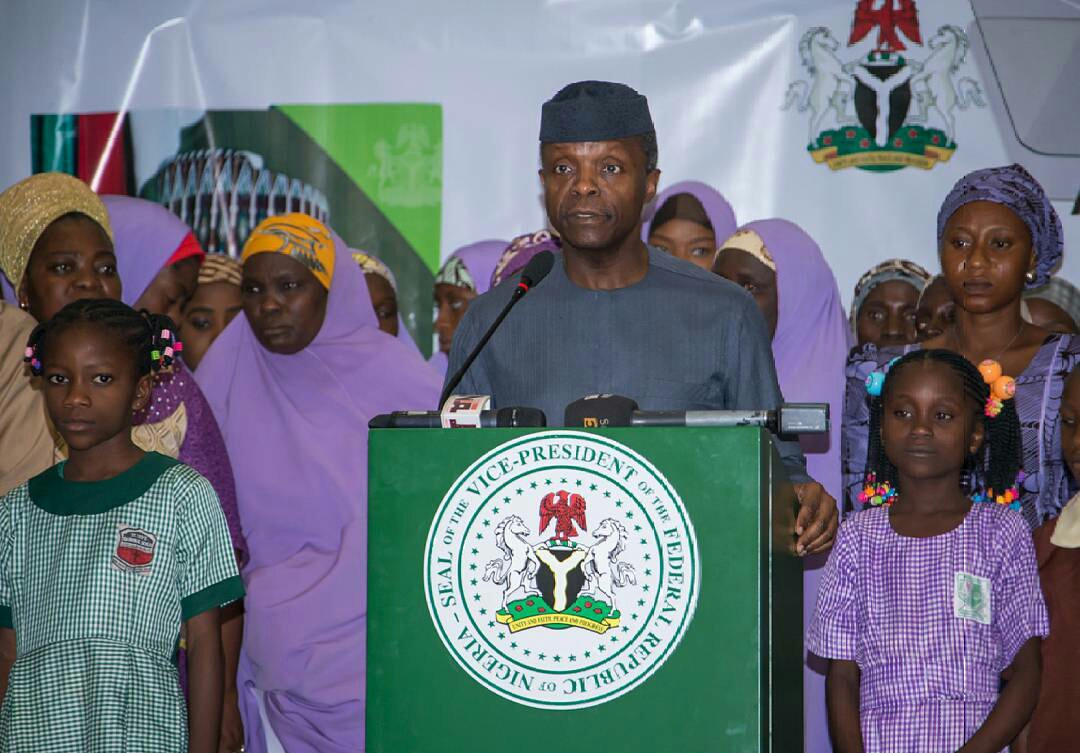 He stated this at the “2nd year commemorative event of the federal government of Nigeria under President Muhammadu Buhari’’ showcasing the achievements of the SIP, in Abuja.

At the event, also titled “A Smile For Every Nigerian,’’ Osinbajo stated that the fund is an aspect of the SIP that was not mentioned.

“There is also an aspect of this SIP that has not be mentioned; this is N100bn set aside for the Family Home Fund, our Social Housing Project.

The N100bn is a yearly contribution to  our N1trn Social Housing fund. This is the largest in the history of the country.

The World Bank, AfDB, are contributors to the fund.

From this fund developers of real estates for social housing will borrow 80 per cent of cost of project and counter fund with their own 20 per cent.

The same fund will enable us to provide inexpensive mortgages for hundreds of thousands  across the country who wants to own homes on their own.

Anyone who can afford N30,000 a month will be able to buy a home under our new social housing fund scheme,’’ he said.

According to him, the Family Home Fund is expected to start immediately and rapidly expand construction across the country.

Osinbajo stated that SIP is clearly one of the largest social intervention efforts anywhere in the world.

According to him, it is complicated and diverse in scale and scope.

He, however, expressed the government’s pride in the men and women led by the SA on Social Investments, Maryam Uwais, who he said, had dedicated so much time, resources and energy to deliver on it.

The acting president reacted to the praises made about SIP from the beneficiaries and said they deserved it.

“We do not consider that this programme is a favour that is done to you. It is not. You deserve this programme because you are citizens of this country; this country can provide and we will provide for all those who need the help,’’ he said.

He said the N30,000 stipend might not be much but could really assist anyone who was jobless for long.

He announced that the next phase of this programme will proceed on a surer footing as the government will be reopening the portals for N-Power on June 13.

“We are ramping up on the Comditional Cash Transfer (CCT), Government Enterprise and Empowerment Programme (GEEP), and the Home Grown School Feeding; our targets are clear, soon enough we will put smiles on the faces of millions more.’’

Godswill Apkabio former Akwa Ibom governor and minority leader in the senate, told State House correspondents that the opposition was happy to be invited to the event.

According to Akpabio, poverty, unemployment and hunger have no political party leanings.

He, therefore, said that his party will support any FG programme with the capacity to address such problems.

TagsFAMILY HOME FUNDnewsWith N30k a Month you can buy a House Under the Incoming Family Home Fund
Share:
Previous Article