Femi Fani-Kayode: The Sharing Of Cake And ‘Biafra At 50’ [MUST READ] 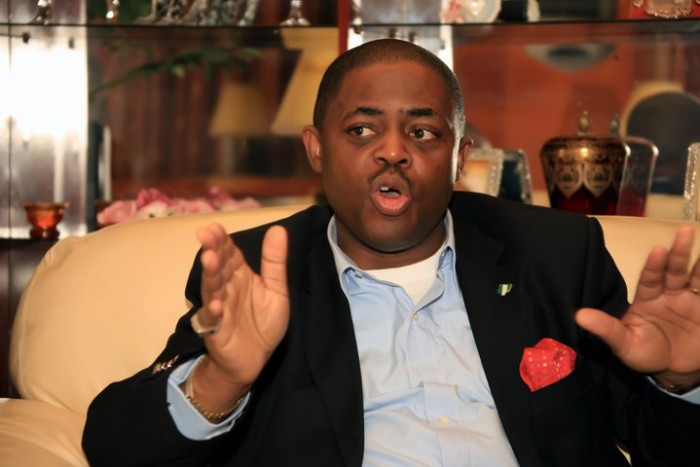 I believe that it is not only the height of naivety but also deeply insulting to say that the way to stop the Biafran agitation is to offer the Igbo cake.

Quite apart from that I find it curious, incredulous and somewhat patronising that those behind the “Biafra at 50” event, which took place at the Yar’adua Centre in Abuja today, would think it appropriate to invite the leaders and representatives of a government that has blood on its hands and that is committing genocide against the Igbo and IPOB members on a daily basis to their programme.

You can say anything and rationalise it in any manner that you deem fit but the reality is that 1 million innocent igbo children were purposely starved to death in the civil war and 2 million igbos were killed.

If you want peace and reconciliation, if you want to celebrate or remember Biafra at 50 and if you want to honor the memory of those that lost their lives during the struggle for Biafra the promise of a greater share in the national cake will not cut it.

Instead the first thing that you need to do is to get the Nigerian state and authorities to give an unconditional apology for the atrocities committed against the Igbo during before and after the civil war.

Secondly you must reach out to those that are agitating for Biafra today with love and genuine affection and endevour to make it worth their while to stay in Nigeria by treating them with love, compassion, respect and sensitivity.

You do NOT kill them in the streets, lock up their leaders and attempt to kill their dream of emancipation from subjugation and servitude and at the same time claim that you want and believe in reconciliation. It is either one or the other.

You either love and honor them or you fight them and reject their attempt to express themselves freely or to exercise their right of self-determination.

This charade of kill them and pretend to love them all at the same time sickens me. It dishonours the memory of ALL those who fought for and believed in the ideal of Biafra.

How can you talk about Biafra and celebrate Biafra at 50 when the leaders of the new Biafra like Nnamdi Kanu of IPOB and others are not there.

How can you talk about Biafra when a contractor and compromiser from Igboland who has lost every sense of self-worth and dignity is invited to the gathering.

The Federal Government is killing his kinsmen with their security forces and refusing to protect them from the relentless carnage and barharic slaughter of the Fulani militias and this despicable man who has fed fat on Nigeria will come to such a gathering and say that he will fight anyone that wants to leave Nigeria, including Oduduwa and Arewa. I really dont know whether to laugh or cry.

These are clearly the words of a desperate comedian who has lost all sense of self-respect and who is prepared to do anything in order to remain in perpetual servitude.

Such a man is shameful. He is dishonorable. He is cowardly. He is evil. Worse of all he is a grave danger to those that he claims to speak for and represent.

If anyone really wants peace in this country and true reconciliation the only way to achieve it is to set into motion a process of and a programme for restructuring and the devolution of power from the centre. They must also accord due respect to every ethnic nationality in this country including the Igbo.

Failing that it is only a matter of time before Nigeria breaks into two or more pieces and this will be done peacefully or not so peacefully depending on the attitude and disposition of those who believe that they own Nigeria and that the rest of us are slaves.

Encouraging was the fact that Chief John Nwodo, the respected and much-loved Chairman of Ohaeneze, was at the Abuja event.

Of all the Igbo leaders that attended he, together with Pat Utomi and a handful of others, are amongst those that I trust and admire.

What a leader this man is. Nwodo is a man of immense wisdom and courage and he is very well bred too.

He comes from a well-educated, noble and illustrious lineage of statesmen and political leaders of the rarest kind. That explains his courage.

He will never bow down to ANYONE that attempts to undermine the interests of the Igbo and he will never sacrifice or betray any of the millions of young men and women from the south-east who are yearning for Biafra.

With him at the helm of affairs of Ohaeneze I have no doubt that the Igbo are in safe hands and that they will not be fooled by the wolves in sheeps clothing that organised and engendered this shameful event.

Femi Fani-Kayode is a lawyer, a Nigerian politician, an evangelical christian, an essayist, a poet and he was the Special Assistant (Public Affairs) to President Olusegun Obasanjo from July 2003 until June 2006. He was the minister of culture and tourism of the Federal Republic of Nigeria from June 22nd to Nov 7th 2006 and as the minister of Aviation from Nov 7th 2006 to May 29th 2007. He tweets from@realFFK.