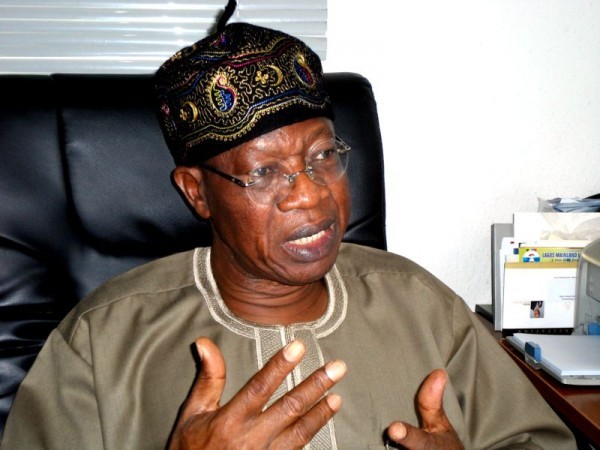 The Minister of Information and Culture, Lai Mohammed, said on Monday that President Muhammadu Buhari’s administration has fulfilled its campaign promises to Nigerians despite dwindling revenue.

Mohammed made the pronouncement at the presentation of National Social Investment Programmes (N-SIP) Report Card event to mark the 2nd Anniversary of President Buhari’s administration in Abuja.

The theme of the report card presentation was “Showcasing the Achievements of National Social Investment Programmes: A Smile for Every Nigerian.”

Mohammed said that under the National Home Grown School Feeding Programmme (NHGSFP), government was able to serve about 25 million meals to 1.2 million pupils all over the country in order to make leaning conducive.

The minister added that the APC-led Federal Government under its school feeding programme had employed no fewer than 12,000 cooks across 36 states and the FCT.

“This is a government that promised and delivered on its promises and the unique thing about this particular N-SIP is that it has been achieved in an era when there has been no revenue.

It would have been very perfect excuse to say that because oil revenue dropped drastically, therefore, we are not able to deliver on our promises.

Despite the dwindling revenue, we are able to deliver on our campaign promises and then this is not related just to the social investment programmes alone.

I am happy that we are here today to prove that this government is not a government of propaganda; this is a real government that is dealing with the real people,” Mohammed said.

He said the programme was designed in such a way that it was easy and accessible to all Nigerians, adding “one of the unique selling points of the programmes is the transparency in it.”

According to him, this is the first programme in the history of Nigeria that you don’t need to know anybody before you can get enrolled.

“I am happy that many of the beneficiaries have testified to this and this is a new dawn. My appeal to all the beneficiaries is to please let them not limit their testimonies to this hall please say it louder and clear at every time to all Nigerians. Let Nigerians know how this government has impacted positively on your lives,” he said.

The minister said that in spite of dwindling resource between October, 2016 and to dates, the Federal Government was able to add an additional $7 billion dollars to its foreign reserves.

Mohammed disclosed that the the Buhari administration had been able to attract $500 million to the Sovereign Wealth Fund (SWF), and increased the Excess Crude account with $87 million.

“All these we did despite the very tight resources,” the minister said.

The Senate Minority Leader, Sen. Godswill Akpabio, commended the Federal Government for putting smiles and restoring hope on the lives of ordinary Nigerians through its intervention initiative.

Akpabio assured that the senate is ever ready to support anything that will alleviate the sufferings of Nigerians either through budgeting process or approvals.

“I am standing here to endorse this programme and to commend the President, the Acting President and Coordinators of this programme for this very laudable initiative,” he added.