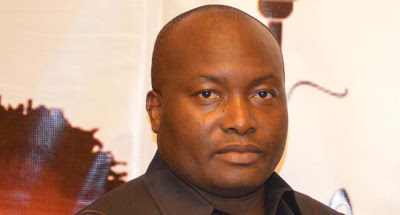 This is in flagrant disregard of the May 12, 2017, court order given to the DSS by Justice Idris, to produce Ubah in court today.

However, this came as no fewer than 500 supporters from across different ethnic groups stormed the Federal High Court, Ikoyi, today, to rally around and show support for the oil mogul.

This is even as anger and moral indignation has continued to swell further over the continued detention of the Nnewi-born Billionaire Businessman, by the DSS

Speaking to journalists, a Staff of Capital Oil, Mr. Tony Ogundipe expressed his frustration at the impasse. “We, Capital Oil workers are disappointed with the nonchalant attutude of the Federal Government in the resolution of this matter that has left over 2,000 of us temporarily jobless and redundant. The failure of the FG to call the conspirators to order is a blatant slap on the face of our democracy and sheer insensitivity to the plight of Nigerians”, he lamented.

Another staff of Capital Oil and Gas, Mr. Samuel Aywila called on the FG to intervene in a bid to avert the impending starvation of their families. “The injustice meted on Dr Ifeanyi Ubah is negatively affecting over 2,000 workers of Capital Oil. The FG should be mindful of the implications on our families who are gradually been forced to starve”, he concluded.

With this latest failure to produce Ubah in court today, Justice Idris adjourned the matter for ruling on Thursday, May 25, 2017.