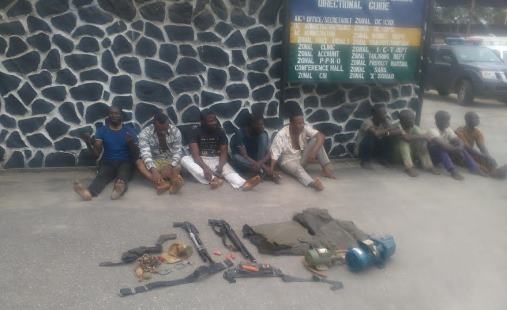 5 suspected militants have been arrested and paraded by operatives of the Zonal Intervention Squad attached to Zone 2 command Onikan Lagos.

The suspected militants were arrested on the 17th of April following a fierce gun battle with the police at Ogijo in Ikorodu.

The Zonal Police PRO SP Dolapo Badmos who paraded the suspects before newsmen today, said the AIG in charge of Zone 2 Adamu Ibrahim mni gave an order that Ikorodu and it’s environ should be rid of criminal elements.

This necessitated the intensified patrol within the creeks and coastal line within Lagos, that led to the arrest of the militant group. She added that the AIG has directed that the suspects be charged to court at the conclusion of investigation. 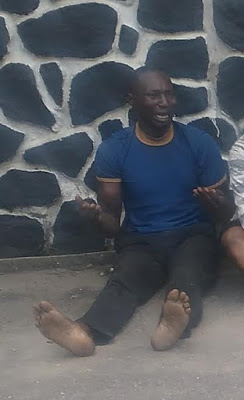 Among those arrestedand paraded were; Tochukwu Ohanezim aka Almighty King of the Jungle; Oluwadamilare Ojo, Fatai Karounwi aka Kokoro, Akeju Adeniyi aka Tablet, Oyebanji Agboola and Innocent Ikechukwu.