‘We only see our part-time President during Friday prayers,’ Fayose 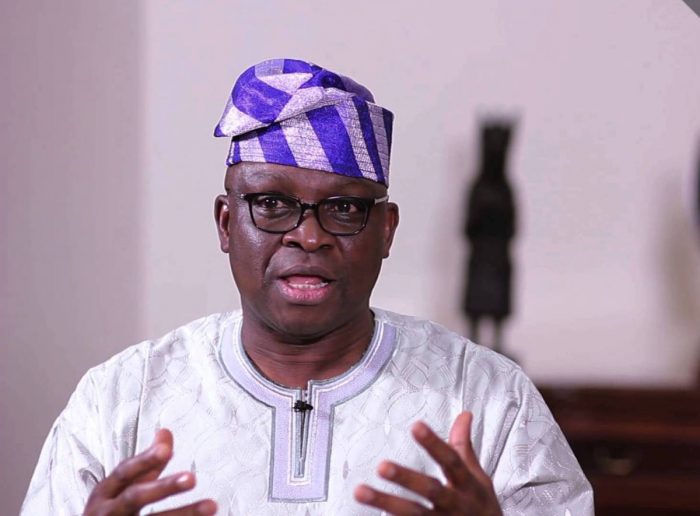 Governor Ayo Fayose has described Buhari as a part-time President, adding that he has assumed a ceremonial role.

Fayose also said that the President is only seen during Jumat services every Friday.

According to Punch, the Governor said Nigerians need to be told the real state of health of the President.

Fayose said “The President would do well to go and take proper care of his health and allow the Vice-President, Yemi Osinbajo, to constitutionally act as the President.

“But it is doubtful if those cabals that are obviously running their own Presidency within President Buhari’s Presidency will allow him to take a long vacation, probably outside Nigeria to take care of himself.”

“That’s why Nigerians are told every day that the President said this and that with the President neither speaking directly nor attending any official function. This is not good for the image of a country like Nigeria that is struggling to get out of economic recession.

“It is only when the President is seen and heard physically that Nigerians will believe that they are not being ruled by a part-time and ceremonial President, whose powers are being exercised on his behalf by some cabal,” he added.

Governor Ayo Fayose had earlier promised to reduce the rate at which he criticised President Buhari.