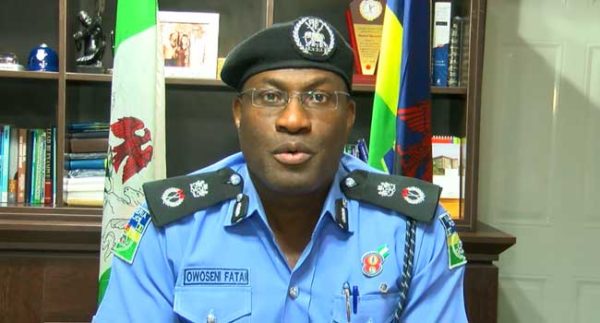 Disturbed by the worsening cases of violence in the Ikorodu area of Lagos, the police has accused traditional rulers and chiefs in the area of collaborating with criminals to unleash terror on residents.

“There are Baales (village heads) that are informants and sponsors of criminals in this area,” the Lagos State Commissioner of Police, Fatai Owoseni, said on Sunday at a meeting with the traditional rulers.

“They allow militants to build houses harbouring criminals in the creeks. I want the royal fathers to call their chiefs to order. This meeting is convened to tell them that we will no longer tolerate silent conspiracy. Traditional rulers cannot tell me they don’t know who is who in their domain; all communities are advised to organise their local vigilantes,’’ Owoseni said.

According to him, most kidnappings, killings and other violent crimes in Lagos State takes place in Ikorodu.

Owoseni urged the community to be part of the security management.

“In the community, there are hunters and farmers; they can’t say they don’t know criminals in their communities. There is conspiracy of silence on criminal activities and this conspiracy must stop.

Traditional rulers and religious leaders must unmask the criminals in their communities. We have begun operations at Isawo; we need intelligence reports from the traditional rulers.

Killing for rituals must stop and with your support, we can stop those killings. Let us take ownership of our areas and expose the hoodlums amongst you.

Some of the Baales and chiefs supply foods to these militants; many of them are spies to these vandals and militants,’’ Owoseni said.

Owoseni warned traditional rulers in Ikorodu area against harbouring criminals who were unleashing terror on their subjects.

The police boss expressed sadness over incessant kidnapping, pipeline vandalism, robbery, cultism and killings of innocent persons in the area.

Four policemen, an army captain and a civilian were killed by suspected militants in the Isawo area of Ikorodu on April 9.

Owoseni told the royal fathers that the police will no longer tolerate people being killed and maimed under the watchful eyes of traditional rulers.

He urged the traditional rulers to join hands with the police so that hoodlums would have no place to hide or operate in their domains.

Responding, the Ayangburen of Ikorodu, Oba Adewale Shotobi, assured the police that the traditional institution would partner with security operatives in curbing crimes in the area.

Shotobi said that the royal fathers were investigating the recent killings and other crimes in Ikorodu area so as to expose the hoodlums.

Also speaking, Oba Ajibade Agoro of Imota, noted that increasing crime in the area was due to massive urban-rural migration.

“No traditional ruler would be happy for his community to be known for criminality during his reign. Cultism is our problem in Imota. Few days ago, someone was shot while another person was also shot yesterday. Our challenge is that when we give information and the police arrest these criminals, after few weeks, the suspects are released,’’ Agoro said.