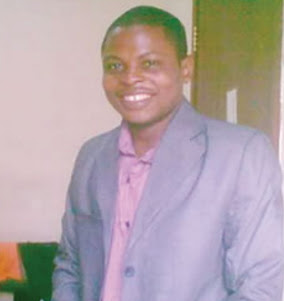 Speaking in an interview on Nigerian Info FM in Port Harcourt, Blessing Eleje, the wife of the delivery agent of e-commerce platform Jumia, who was killed and thrown into a septic tank at No. 4 Adaede Street, Off Ada George Road, Port Harcourt, has said that her children still believe their dad is coming back.

The deceased who has been identified as Chukwuma Eleje, had gone to the house to deliver two phones before he met his unfortunate demise.

Blessing said that she only knew of her husband’s death when people gathered at her house to console her.

She said her husband was the bread winner of the family and had promised to get something for his children when he returned.

“He left for work telling us that he would be back. He promised the children by telling them he would buy a lot of goodies for them. Up till now, they are believing that their daddy is coming back.

How will I cope with school fees? Our rent has expired and the landlord gave us one week and now the one week has expired.

Now, I am hearing my husband is dead; how am I going to cope? He was just an ordinary man with a wife and four children,” PUNCH quoted Blessing as saying.

Chukwuma went missing on Saturday and his corpse was recovered on Tuesday.

We are praying for strength for the family at this time.

Senate Approves Use of e-Voting in Future ...