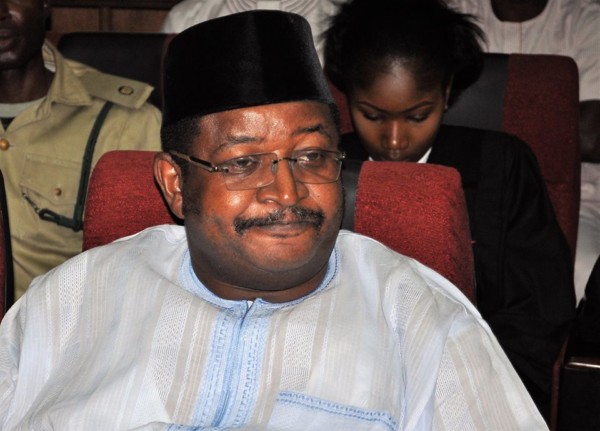 This followed an application by Adeola Adedipe, Yakubu’s counsel, to withdraw the suit.

Adedipe told the court that his application was due to the prevailing circumstances, particularly since his client had been charged to court and admitted to bail.

“We consider it necessary to discontinue with this suit, we have served the notice on all the parties and they are not opposed to our application.”

Rita Ogar and T.A. Agbe, counsel to the EFCC and Attorney-General of the Federation, who are first and second respondents in the suit respectively did not oppose the application.

The judge, Justice Ahmed Mohammed said since none of the parties opposed the application, the prayer was granted as prayed and he struck out the suit.

Yakubu had been detained by the EFCC over allegations of nondisclosure of assets, fraud and money laundering to the tune of $9.7 million.

He approached the court with a breach of fundamental human rights suit, challenging his continued detention without being charged to court.

But before the matter could be determined, the EFCC arraigned him on a six-count charge bordering on non-disclosure of assets, money laundering and fraud charges to which he pleaded not guilty.

He was admitted to N300 million bail and the case was adjourned till May 9 for commencement of trial.