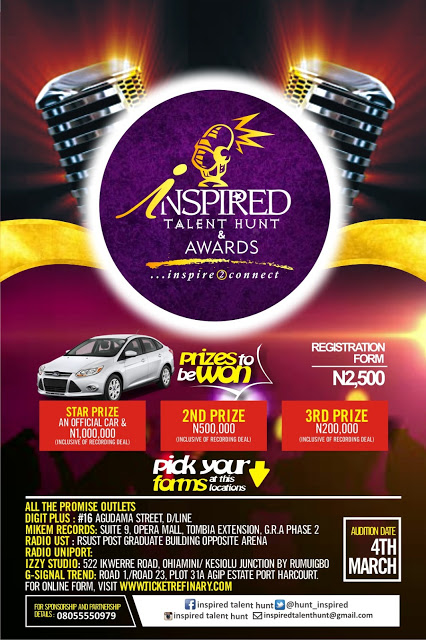 The show will hold in the city of Port-Harcourt, the Rivers State capital, with participation open to all between the ages of 15 and 36. This is contained in a statement by the man behind the vision – Wisdom K in Port-Harcourt.

As part of the core values of G-Signal and in line with its mission statement which is: Creating an atmosphere and platform for touching lives effectively, Inspired Talent Hunt and Awards, according to Wisdom K, will serve as a platform through which young people can showcase their musical talents and launch their careers in the Gospel Music Industry. It also seeks to appreciate and project gospel music, acknowledge gospel musicians, and the supporters and promoters of gospel music who have not only stood out, but have also left a legacy behind for others to follow.

The prize categories are as follows:

We look forward to your synergy with us in this historic upcoming event.

No terrorist group shouts the name of ...