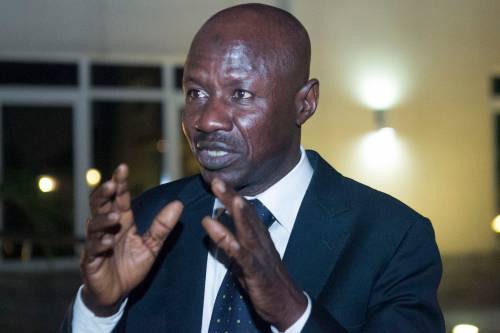 The Senate has rejected the nomination of Ibrahim Magu as the Economic and Financial Crimes Commission (EFCC) Chairman.

The senate said that the its decision was based on “the security report before it”.

The Senate confirmed the nomination of the other 4 Members of the EFCC and referred them for further security screening.

President Buhari, had in July, sent a letter to the Upper Chamber for Magu’s confirmation as the anti-graft agency’s boss.