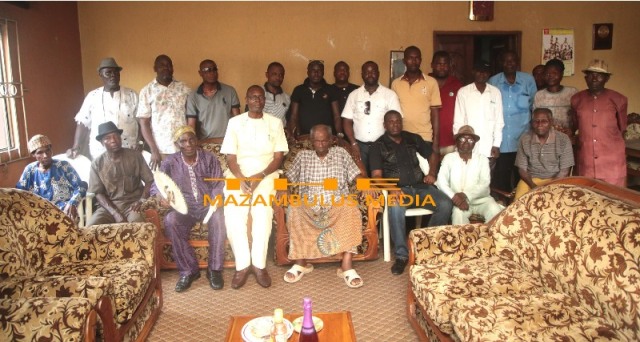 The NDRPP under the bearing of the  coordinator Mr Takari Danjuma and the director of operations and communication Mr Tarelayefa Ebegha and his team visited the NPDC/ND delivery line in Delta State, following false publication online on the so called recent bombing in Urhobo Village.

They held a staid meeting with the leaders, youth leader and people that matter in the community.  The opinion leader in Otujeremi community by the name Mr Samuel Issiso stated there was no sabotage, the pipe there have a leakage, and there was fire around the bush and the fire got to the leakage and burnt around it, there is no real serious explosion.

The team with the community leaders went to the scene of the false publicized explosion and according to him, he stated that they have not had incident of threat relating to explosion of pipes and to press the Niger Delta fight in their own way.

He also stressed they haven’t gotten their fair share from the government neither from NPDC, they own the right to protect what they have in their community, that anything the government do for them, the always appreciate and maintain it. It was just an incident not an explosive as was stated in the media online.

Mr Tarelayefa Ebegha displayed appreciation on behalf of the LIO, Mr Emmanuel Osubo. He spoke on the voice of the coordinator stating NDRPP is strongly behind the community minding the effect of the Federal Government asset that is based in the location, they should not fail to communicate with them in terms of their challenges, welfare and developmental needs. He said that they have seen from the elders counsel, the youth wing, the women their strong support to NDRPP.